Broncos hooker James Segeyaro has been provisionally suspended by the NRL under the league's anti-doping policy after testing positive to a banned substance.

Segeyaro is prohibited from participating in any WADA-compliant sport while the provisional suspension is in place. He now has the opportunity to have his B-sample analysed.

ASADA advised the NRL of the finding on Thursday afternoon, and the NRL has spoken to Segeyaro and advised him of support services.

The Rugby League Players’ Association released a statement on Friday to say the "provisional suspension is not an admission of guilt or wrongdoing".

"ASADA processes are strictly confidential under the Australian Sports Anti-Doping Authority Act, and it is inappropriate to speculate on details of the case, or pre-empt the outcome.

"The RLPA will continue to provide support to James throughout the process."

The 29-year-old Papua New Guinean international, who previously played with the Cowboys, Panthers and Sharks, faces an uncertain future as he is off contract after making a mid-year switch to Brisbane for the rest of the 2019 season.

He has played 154 games at NRL level since making his debut for North Queensland in 2011. 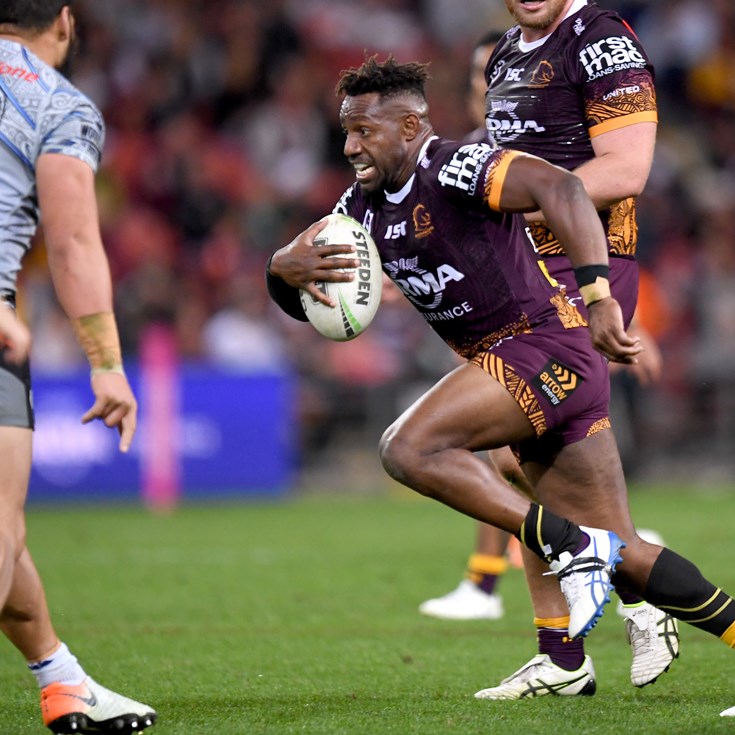 Segeyaro thanks former mentor Cleary ahead of 150th game

After sleepless night, Segeyaro wakes up to boyhood Broncos dream