The Roosters and Raiders have confirmed their line-ups for the 2019 grand final, with veteran Roosters hooker Jake Friend to come off the bench in his first appearance since round 18.

Roosters coach Trent Robinson has opted to start 20-year-old Sam Verrills to start at hooker with Friend to make his long-awaited return via the interchange. Zane Tetevano is the man to miss out.

Friend has made just five appearances this season and has been out since July with arm and calf injuries.

Ryan Hall was the other Rooster to drop off the extended bench on game day, while Ryan Sutton and Siliva Havili were trimmed from the Raiders' reserve list. 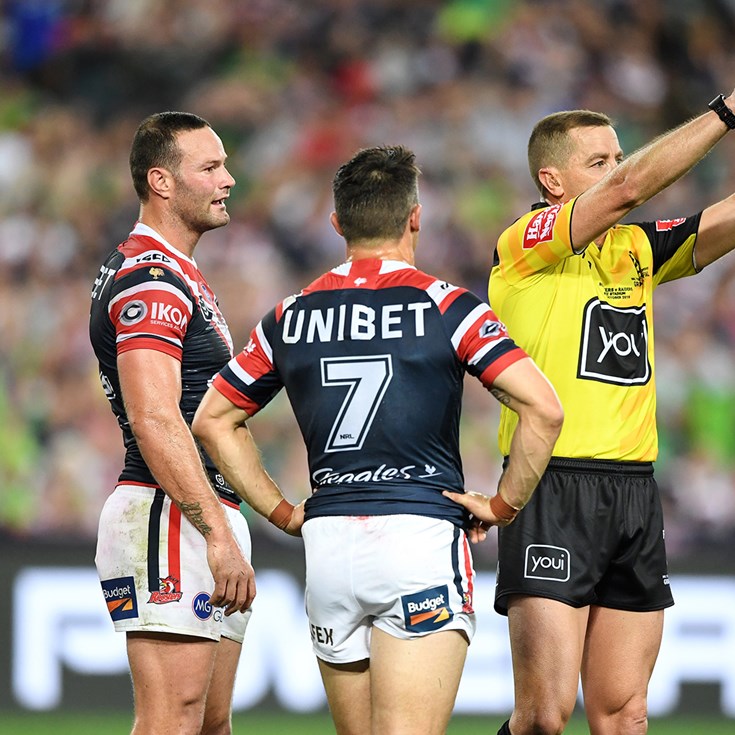 Wighton slices through on the right