Barnstorming Broncos forward Millie Boyle is among six fresh faces selected for the Jillaroos ahead of the upcoming Test against New Zealand in Wollongong on October 26.

Boyle, who has also been included in the inaugural Nines squad, will join fellow rookie and Broncos teammate Chelsea Lenarduzzi in a new-look team named by coach Brad Donald in Sydney on Monday.

Boyle played four games for the Broncos after representing NSW in June and is in line to become a dual code international following her rugby union commitments with the Wallaroos.

"There were almost 30 new players playing the NRLW in its second year. It's having a great effect on aspirational young ladies wanting to come across to our game. Millie's played a bit of rugby sevens and the 15s game as well.

"These ladies have transitioned from amateur to semi professional and hopefully not too far away from seeing our first professional athletes."

Karyn Murphy medallist Annette Brander has been elevated to the starting side but the news wasn't all good for the club - among the other notable omissions from last year's Jillaroos team were trio Tazmin Gray, Steph Hancock and Julia Robinson.

Robinson has been picked in the Nines squad in a consolation despite a strong showing in the NRLW grand final and her only Test appearance last season.

Vette-Welsh, who has pledged her allegiances to Australia despite a strong Kiwi background, has got the nod ahead of Chelsea Baker after the experienced campaigner was a surprise omission from Brisbane's grand final squad on Sunday.

"We sort of made it clear last year we'd have a clear focus on the next World Cup in 2021 because we have to take that group through with us," Donald said.

"If you look at players like Steph Hancock, she was outstanding yesterday. Lavinia Gould for the Broncos, she hasn't represented Australia but she's a fantastic player probably at the end of her career.

"A lot of these girls have led the movement that we've left out of the side. The selectors this morning, we had to come up with a side that reflected the young talent coming through with an eye to the World Cup in 2021 whilst also showing some loyalty to those players that have been there.

"It's definitely been difficult and we thank all of those players. Jillaroo No.1 who's Nat Dwyer and the foundation team right through to the players that get selected today."

Baker's replacement in the NRLW decider, Tamika Upton, has been included for the Nines, also joining Dragons rookies Shaylee Bent and Tiana Penitani as fresh faces.

Roosters pair Corban McGregor and Tallisha Harden are among the names to receive a recall into the international side after two years of absence. 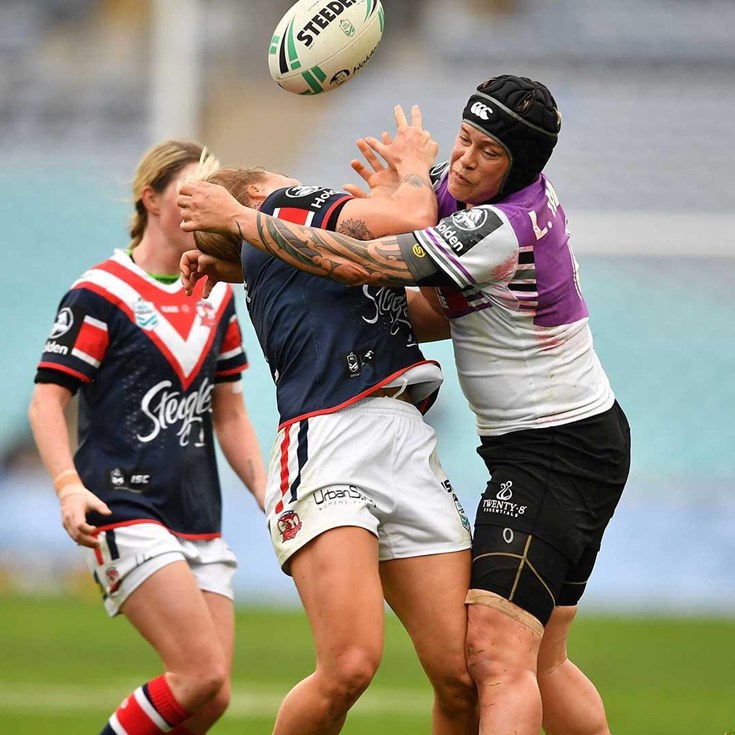