South Sydney captain Sam Burgess has been ruled out of the upcoming Great Britain Lions tour due to a shoulder injury which may require surgery.

Burgess, the England captain, has battled shoulder problems for much of the season and was troubled by the injury during the Rabbitohs preliminary final loss to Canberra but had hoped to be available for the historic tour.

“Sam’s had an ongoing problem with his shoulder which everyone will be aware of playing in the NRL and he will miss out,” Sinfield said.

“It’s probably going to require surgery but again we’re waiting to confirm on that. “He’s gutted he will miss the opportunity and we are as well.”

Rabbitohs officials said it was yet to be determined whether Burgess would again require surgery after undergoing what had been expected to be a relatively minor operation during the State of Origin period.

The surgery was timed to coincide with Souths two byes so Burgess would miss just two during a five-week period but he was sidelined for seven matches due to an infection.

“Obviously he missed a few games this year and he’s made the smart decision, I think," said brother Tom, who is one of 11 players already named for the Lions tour.

“If you’re missing more than a couple of games a year through a chronic injury then you’ve got to think about it. You speak to the medical staff and make a smart decision.

“He needs to recuperate his body properly in the off-season. He’ll get his body right and get himself right for next year.

“He’s very determined to get it right and I’m sure he will.”

Sam Burgess would have been just one of a small group of players to have previously worn the Great Britain Lions jersey, along with Dragons prop James Graham, Wigan second-rower Sean O’Loughlin and St Helens hooker James Roby.

“He’s just really disappointed,” Sinfield said. “We've seen how special it is to all our players, Sam being one of the chosen few previously who has worn the Lions shirt and he did outstandingly in it.

“Sam’s a real leader and a real big character and figure in that dressing room and on the field what he provides is world-class. We’ll certainly miss him but it will provide somebody else with an opportunity and hopefully they can grab it.”

Graham was named captain of the England team for the World Cup Nines at Bankwest Stadium on October 18-19 and is among those already named for the Lions tour.

The full 24-man squad for the first Lions tour since 2006 will be announced after this weekend’s Super League grand final, with Canberra duo John Bateman and Josh Hodgson expected to be among the first players chosen.

The GB Lions will play Tonga at Hamilton on October 25, New Zealand in Auckland on November 2 and Christchurch on November 9 and Papua New Guinea in Port Moresby on November 16. 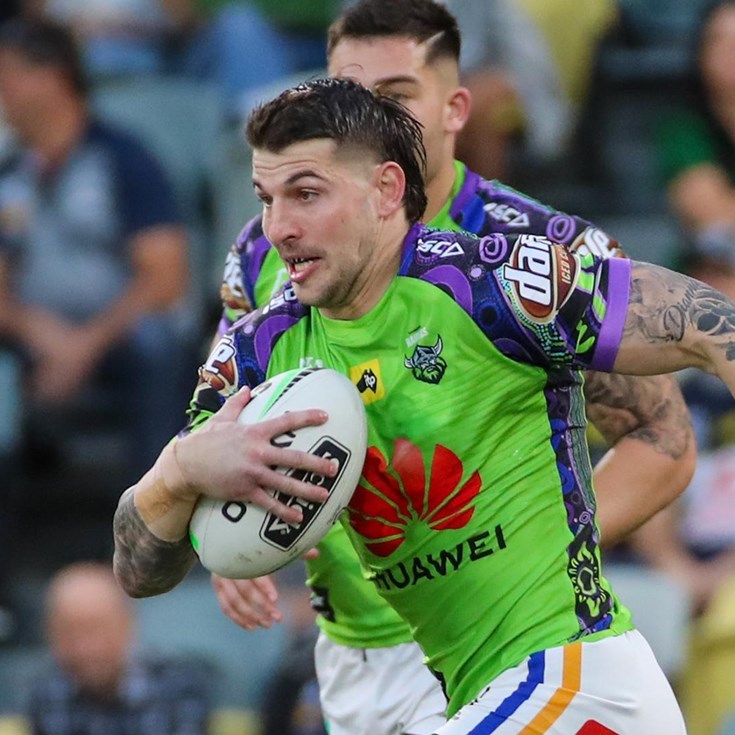 Bateman takes Scott under his wing

Bunnies don’t feel sorry for Seibold ahead of Broncos battle