Before arriving in Tongan camp for the World Cup 9s, the NRL's two Sione Katoas had never properly met.

The oft-confused pair - one a Bulldogs-bound hooker, the other a Sharks winger - have faced off in the NRL but are yet to play together.

"This is the first time actually meeting [the other Sione] and talking to him. I've seen him around but not really chatted about our names," Cronulla's Katoa told NRL.com on Wednesday.

Factor in that Tui Katoa - the Canterbury-contracted younger brother of the Sharks flyer - has also been chosen in Tonga's squad and you've got a commentator's nightmare.

The older Sione Katoa, who will depart his junior club Penrith in 2020 to join Tui at the Dogs, said sharing a name, heritage and profession with his Cronulla counterpart is as far as the connection goes.

"Me and Sione are from different villages and I actually shorten my full name so it's easier to say," the 24-year-old said.

Tonga looking to inspire the next generation

"We're not blood-related but surely down the track somewhere, generation after generation, it's linked somewhere."

Despite filling completely different positions, Katoa the hooker is used to being mistaken for the acrobatic flanker.

"When he started playing first grade last year, there were a few people ringing me saying, 'Did you move to the Sharks?'," Katoa said.

While the namesakes aren't related, priceless family memories will still be created during the tournament if the younger Sione lines up alongside Tui, who is also a winger.

"I haven't played with him, I've played against him. It's a dream come true playing with my little brother," the 22-year-old said.

Katoa tried his hand at rugby sevens before cracking the NRL with the Sharks and that experience against fewer defenders, plus his natural speed and agility, has him in good stead for the Nines.

"I expect there to be heaps more room to play around," he said.

The Sione of the dummy-half variety has a high opinion of the softly-spoken outside back, lauding his try-scoring nous.

"He's very skilful ... Can finish a try. Hopefully I'll finish a few too!" 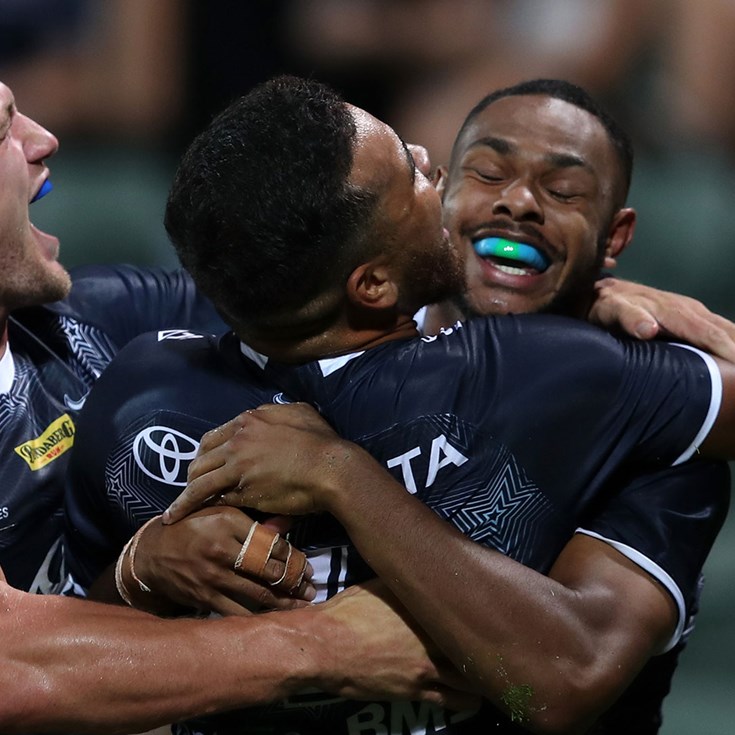 The must-see highlights from Friday at the Nines

Katoa turns to Peter Wallace in bid to boost game