Tonga have slayed another giant of international rugby league, producing an impeccable showing at Waikato Stadium on Saturday night to defeat the touring Great Britain Lions 14-6.

In front of a crowd of 9420, at the same venue where two years earlier they beat the Kiwis to make history as the first tier-two nation to beat a top-tier side, Tonga dominated the first half and then defended their line resolutely in the second.

Michael Jennings was at his scintillating best, scoring the opening try of the match and setting up the second after the half-time siren.

Guided around the park by 18-year-old debutant Tesi Niu, who was a late call-up in place of Ata Hingano (shoulder), the Pacific kingdom sent their fans into raptures.

Niu ran for over 170 metres at fullback while Jennings, in addition to being an attacking weapon, was a pillar of strength down his edge in defence.

The Lions took the field as named, but Tonga were missing Hingano and centre Kotoni Staggs (personal reasons).

Konrad Hurrell slotted in at centre in place of Staggs, while Niu assumed the fullback role with Will Hopoate moving into the halves.

Much of the first half was played at a ferocious pace and with both sides completing at over 80 per cent there were few stoppages.

Tonga were forced to weather the storm through the first 10 minutes, but Great Britain spent much of the next half hour camped inside their own half and were forced to make 74 tackles more than their opponents in the first stanza.

It was a stunning double effort from Jennings which broke the deadlock on 30 minutes, with the veteran centre flattening Lachlan Coote as he tried to regather a kick, jarring the ball free in the process.

John Asiata then went to Tuimoala Lolohea and got the ball back, before Jennings – now back on his feet and screaming down the left side – popped up to finish a try which captain Siosiua Taukeiaho converted.

Tonga came agonisingly close to adding a second minutes later, but Manu Ma'u spilled the ball over the line.

With the half-time siren having sounded in the background, Tonga delivered a masterclass in hot-potato football.

The majority of the team touched the ball at some stage in a movement which went side to side and finished when Jennings drilled an accurate kick in behind for Sione Katoa to dive on.

Taukeiaho nailed the ensuing conversion from the sideline for a 12-0 lead at the break.

Great Britain needed a fast start in the second half, and came within inches of opening their account when Oliver Gildart got on the end of a Gareth Widdop grubber, only for replays to show he was beaten to the ball to the ball by the fingertips of David Fusitu'a in-goal.

When Alex Walmsley clattered Niu off the ball a metre out from the line with 16 to play it likely saved a try, but from the penalty which followed Tonga stretched their lead to 14 off the reliable boot of Taukeiaho.

A late John Bateman effort and Widdop conversion gave the Lions cause for hope, but there was no beating Tonga on the night.

Tonga now turn their attention to the world champion Australian Kangaroos who they will meet at Eden Park next Saturday, immediately following the Lions' first Test against the Kiwis at the same venue. 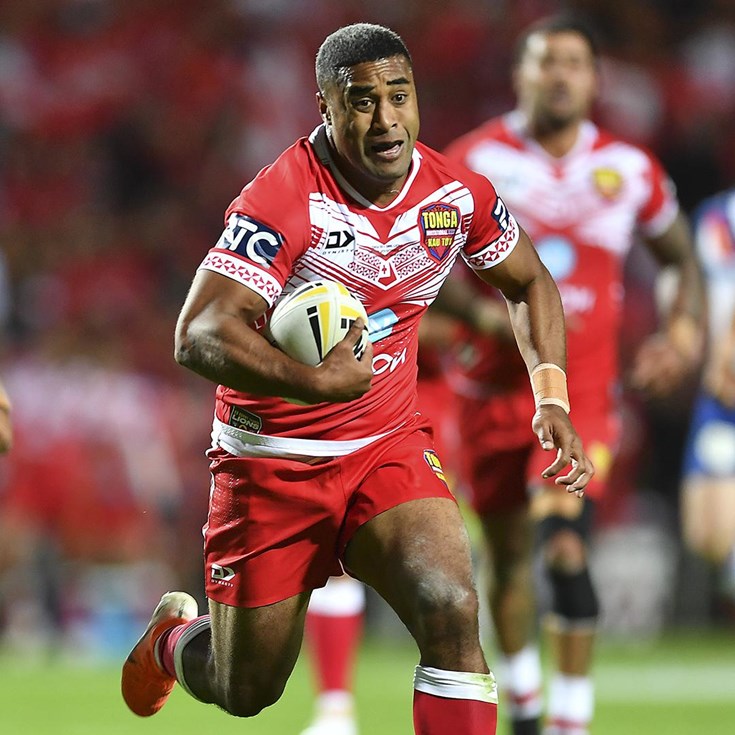 The best plays from this weekend's internationals

Bateman gets Great Britain on the board