On this day in rugby league history, a Sharks legend is born, Melbourne sign a history-making skipper and one of the great referees retires.

Cronulla Sharks great Andrew Ettingshausen was born. A one-club man, 'ET' debuted with the Sharks as a teenager in 1983, earned State of Origin selection for NSW by 1987 and represented Australia a year later. The tackle-busting centre scored more first-grade tries than any other Shark, was the first played to pass 300 games for one club, scored 14 tries in 25 Test matches and was twice named Dally M Centre of the Year, joining the Australian Hall of Fame in 2008.

The Melbourne Storm confirm the signing of 31-year-old front-rower Glenn Lazarus. The Broncos, NSW and Kangaroos veteran would go on to lead the new franchise to their first premiership two years later.

Referee Bill Harrigan announced his retirement from the game after 10 grand finals, 22 Tests, 21 State of Origins and 393 first grade games.

New Zealand moved a step closer to a place in the Tri-Nations final with a 42-26 defeat of Great Britain in London. Kiwi captain Ruben Wiki broke the world record for Test appearances, playing for his country for the 47th time.

Italy, captained by Sydney Roosters fullback Anthony Minichiello, claimed the final place in the 2013 World Cup on points differential after a dramatic 19-all draw with Lebanon in a qualifying match in Belgrade.

New Zealand took a giant step towards a berth in the Four Nations final when they shaded England 17-16 in a high-quality encounter in Huddersfield. Jordan Rapana and Shaun Johnson scored the Kiwis' tries, with Johnson's field goal proving the difference between the sides.

Penrith confirmed the signing of coach Ivan Cleary to a five-year contract beginning in 2019.

Sonny Bill Williams is reported to be weighing up an offer worth $9-10 million from newly-promoted Super League club the Toronto Wolfpack that would make him the richest player in either rugby code. 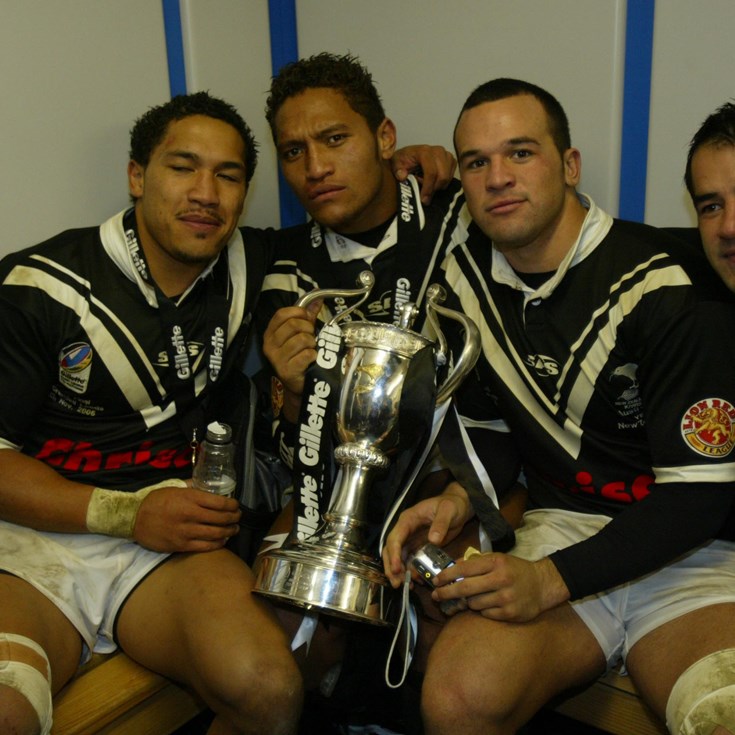