The introduction of a women’s under 18s State of Origin game and another stellar NRLW season were highlights in 2019 but most importantly we’ve seen some real evidence that the new pathways are working.

Women like Maddison Weatherall have progressed from the Tarsha Gale Cup into the NRLW and the likes of Botille Vette-Welsh shone for her Harvey Norman Women’s Premiership team Wests Tigers before becoming one of the standout players in this year’s NRLW.

Vette-Walsh deservedly earned herself a women’s Dally M Player of the Year nomination and capped a brilliant year by making the Jillaroos squad at the World Cup 9s.

So where to from here? What is the next step in growth for the women’s game?

“Growth in the game is not necessarily width. It’s not more teams. It’s depth. We’ve got four quality teams and we’ve got the depth in them,” said former Australian Jillaroo and NSW Blues player Tarsha Gale.

“I think growth is not necessarily a new team next year.

"It could be increasing the games from 30 to 35-minute halves. It could also mean playing a round robin where the teams play each other twice so the season does get a bit longer and the players have longer to gel and we see greater quality football.”

In the next couple of weeks we can expect the NRL to reveal some of its thinking around the strategy for the women’s game and, along with the Canberra Raiders and Parramatta Eels, we may also see some more NRL teams express an interest in having a women’s team in the near future.

But when it comes to growth, there is probably no more exciting possibility than the potential at an international level.

We’ve had a taste of this over the last couple of weeks with the PNG Orchids, England Women, Kiwi Ferns and Australian Jillaroos competing in the World Nines, followed by the Jillaroos and Ferns facing off in a Test match in Wollongong.

There is also an upcoming tour of Papua New Guinea for the England Women.

Fortunately, at the moment, there is still competition at the international level.

We saw that two weekends ago at the World Nines when the Ferns beat the Jillaroos in the final, handing the Jillaroos their first defeat in two years.

This loss no doubt motivated the Jillaroos for the Test match a week later which they ultimately won 28-8.

This competition between countries is so important, especially when you consider what is happening in sports like cricket where the gap between the Australian women and the rest of the world looks to be widening given Australia’s sizeable investment in the women’s game.

To grow the standard across the world though it’s key that the rugby league nations get the chance to play against each other frequently.

For example, take the England Women who had a tough time at the Nines. They beat the Orchids 25-4, lost to the Ferns 33-4 and then lost to Australia 42-4.

In England, the focus has been on the growth and development of the Women’s Super League and I know how excited this squad was to face up against Australia and New Zealand.

The Nines showed England the standard which is being set by Australia and New Zealand and the improvement that’s needed if they are going to compete with the Jillaroos and Ferns.

England player Amy Hardcastle expressed her disappointment after the tournament and shared just how tough it was, but in the lead-up had said: "This tournament is useful preparation for the World Cup. Until now we have generally only played against France and whilst we enjoy that opportunity it isn’t exposing us to the rest of the world and teaching us how to play against different opposition."

With an increased focus on women’s sport globally, there may even be some countries in the world where the women’s game takes off before the men and that's an exciting prospect.

It’s important that we continue to push and develop our domestic competitions here in Australia, but at the same time the international element of the game has a key role to play, especially as we begin the count down to the next Rugby League World Cup in 2021 in the United Kingdom. 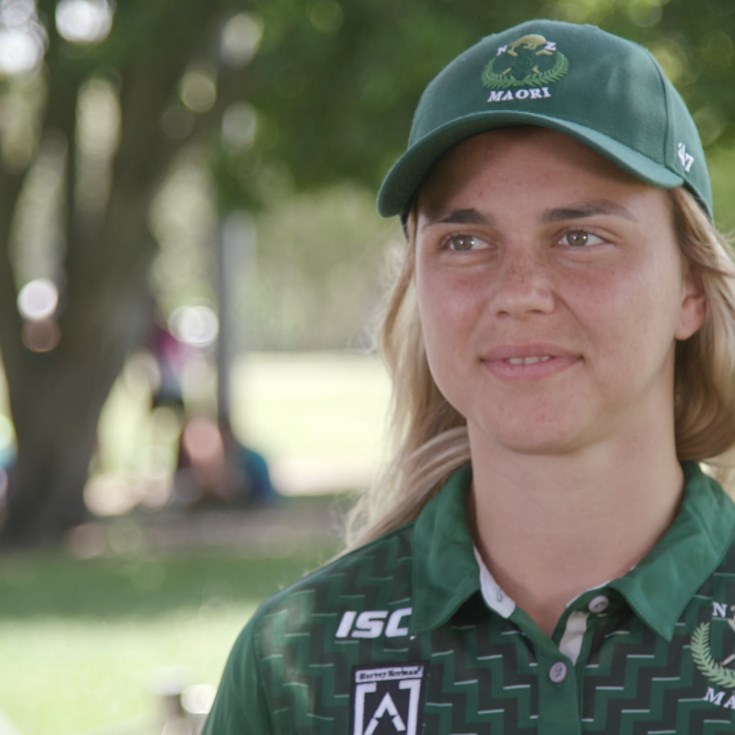 Kiwis knock Kangaroos from No.1 spot in world rankings