Cooper Cronk will not be lost to the Sydney Roosters in retirement with the premiership-winning halfback joining their coaching staff.

The back-to-back premiers announced Cronk has signed on to be a part-time specialist halves coach and will work with every playmaker coming through Roosters system next year.

Cronk, 35, retired following the NRL grand final after a third consecutive premiership with the Roosters and Storm.

The Tricolours have signed former Cronulla playmaker Kyle Flanagan as a replacement for the two-time Dally M medallist.

He's likely to partner premiership-winner Luke Keary in the halves with Lachlan Lam another option for Roosters coach Trent Robinson.

"I have spoken previously about what the Roosters have made possible for me over the last couple of years, and I’m excited to remain involved with the club in this new role," Cronk said in a statement on Thursday.

"There are some great young kids coming through the ranks at the Roosters and I’m looking forward to working with them."

Cronk will officially begin his new role when the Roosters return to pre-season training midway through November.

Robinson said Cronk's expertise would be valuable for the side's quest for a third consecutive title in 2020.

"Cooper's experience and football nous is unmatched and it’s great to have him on board in this role where he will pass on his knowledge and work on the development of our halves across all grades at the club," Robinson said. 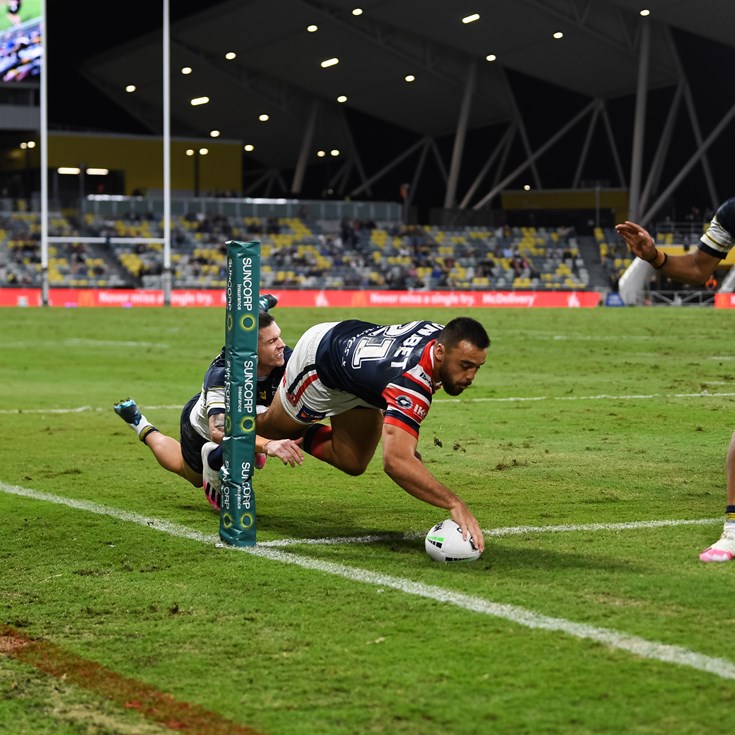 Sponsored By Telstra 3 days ago

Robinson: Cordner treats himself with 'disdain'