Kangaroos utility Wade Graham has backed Cronulla team-mate Shaun Johnson to bounce back from his axing by New Zealand coach Michael Maguire in the wake of last week's 26-4 defeat by Australia.

Johnson, who was heavily criticised for his last-tackle options at WIN Stadium, was dropped for Saturday’s Test against Great Britain and is believed to have taken the decision hard after a tough first season with the Sharks.

However, Graham said he had no doubt that Johnson would overcome the setback and force his way back into the Kiwis team, while playing a key role for Cronulla next season.

“He’ll be right, he is a world-class player. Sometimes you have setbacks,” Graham said. “He’ll handle it OK. He will get that spot back in the future.

“Everyone sees what he can do on the field. We are very happy we have someone like him in our team. We weren’t happy how we finished at the Sharks. We showed glimpses of the team we could be.

Graham excited for the Fifita challenge

“Even if he came out and killed it in his first year in Sydney he was always going to be better for it the following year.”

Graham will play a utility role for the Kangaroos in Saturday’s Test against Tonga at Eden Park, with Australian coach Mal Meninga opting for a bench rotation of four forwards after the Jason Taumalolo-led side dominated Great Britain in the middle last weekend.

The Cronulla captain will provide cover for halves Daley Cherry-Evans and Cameron Munster, and is the back-up dummy half for Damien Cook.

He last played hooker for in the 2013 City-Country match at Coffs Harbour after Nathan Peats was forced off with an injury.

“I was on the bench covering and something happened and I ended up playing hooker for about 40 minutes,” Graham said.

“It is a foreign position for me but I’m sure I can get in there and give good service and listen to Cherry and Munster and pass it to [James] Tedesco.

“I’m proud that I can get into this team with the versatility I have. I get in at training and practice passing out of there. If that ends up being my role, I’ll be comfortable.”

After missing last year’s historic Test against Tonga due to knee surgery, Graham said he was looking forward to the triple-header at Eden park and playing against his Sharks teammate Andrew Fifita for the first time since juniors.

“I watched the game last year. It’s so good to see the ‘sea of red’. It’s amazing, they sing the whole time,” Graham said. “I’ve played in some big games with bumper crowds but I’m looking forward to this.

“I haven’t played against Andrew for 10 years since we were kids. He loves representing Tonga. They are creating something special. They are driving hard to create that culture to have success at the next world cup. They have pioneered that team.

“He is a senior player at the Sharks. He is a passionate figure. He has done a lot in the game – [Cronulla] team of the half century, premiership winner and he has a big influence on our club.

"We will play each other this week, we will have a few weeks holiday and then get back to the drawing board to have more success in the Shire.” 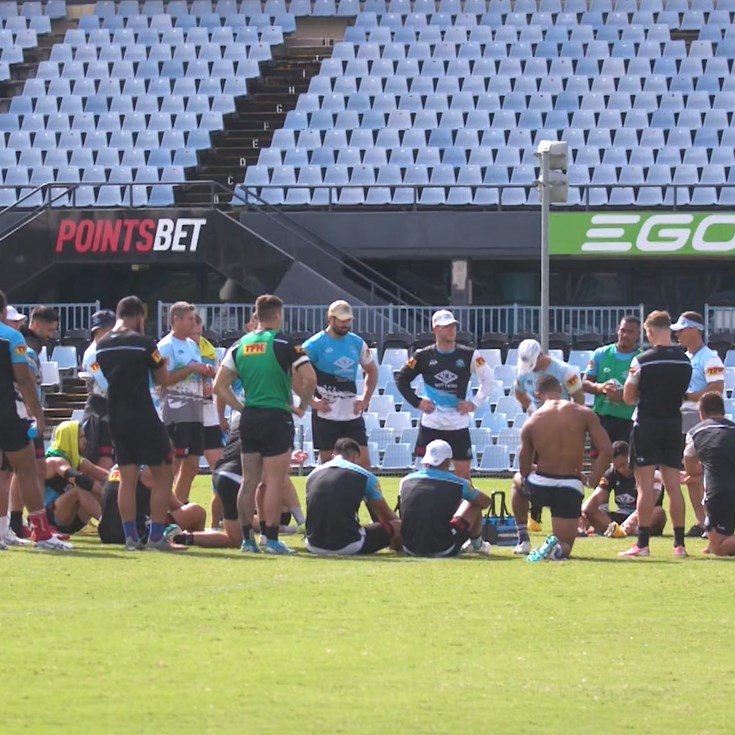 Competitive nature to spur on Sharks

'Friendly banter' to echo from field to loungerooms