Sonny Bill Williams is returning to rugby league after the Toronto Wolfpack pulled off a massive signings coup to lure the dual international back from the All Blacks.

And the Canadian club’s stunning recruitment of SBW to play in the Super League next year has sparked interest from other big names such as Semi Radradra, Valentine Holmes and members of the current Great Britain squad in linking with the Wolfpack.

The fledgling Canadian club announced the signing of Williams on the richest deal in the history of either rugby code on Friday.

Williams, who has signed a two-year deal reportedly worth up to $10 million, will make his first public appearance as a Wolfpack player at Arsenal FC's Emirates Stadium in London next Thursday.

“Toronto Wolfpack has established themselves as a multicultural and economic powerhouse, not only in the city but across the world," Williams said in the club statement announcing his acquisition.

"The club has big ambitions and big goals. I want to be part of all this and do all I can to help reach those lofty goals. On the field, I’d like to bring high-quality play and do all I can for the betterment of the team.

More announcements are expected on the back of his signing of Williams - who last played rugby league in his second NRL stint at the Roosters in 2013-14 after rising to fame with the Bulldogs from 2004-08 - and not just further stars to bolster Toronto’s first Super League campaign.

Sponsors and broadcasters are also keen to get on board as the signing of Williams creates a momentum few could have imagined before the Wolfpack were admitted to the UK’s third tier competition three years ago.

In recent days, the Wolfpack have featured on the front page of the New Zealand Herald, BBC news bulletins and media outlets across Canada, as well as Australia.

Even a Reuters article in the New York Times suggesting most people outside rugby circles in Toronto weren't aware of Williams is generating publicity, while there have been stories in the Australian and New Zealand media detailing the rise of the Wolfpack.

Since it became clear Williams was set to join Wolfpack, players have been enquiring about the possibility of playing for Toronto.

Wolfpack coaching director Brian Noble has been receiving unsolicited calls from players and their agents, while others have approached recently retired prop Ashton Sims, who ended his career with a two-year stint at the team.

"I have had well known and established NRL players messaging me asking about Toronto Wolfpack and wanting to know whether they would enjoy it over there," Sims said.

"They were saying they wanted to get their manager to get in contact with Brian Noble or Brian McDermott.

"That’s what a guy like Sonny brings and without saying too much that’s what a few other players who are potentially going to join the Wolfpack in the coming weeks will also bring."

NRL.com has been told at least one member of the Great Britain Lions team to play New Zealand in Christchurch on Saturday is among those who have enquired about joining Toronto, while Radradra and Holmes are other names who have been mentioned.

Holmes, who is on the practice squad of New York Jets, attended a Wolfpack match in Toronto this season, and along with fellow NFL hopeful Christian Wade has been linked to the club.

England rugby union centres Manu Tuilagi and Ben Te’o, the former Broncos and Rabbitohs forward, are others believed to be interested in playing for Wolfpack.

"If the Wolfpack want Manu then I am sure they can have a conversation with us but we don’t want him leaving,” Tuilagi’s Leicester coach Geordan Murphy said.

'It will pay off ten-fold'

With a significant offer from the NZRU and northern hemisphere rugby union clubs clamouring after the dual international, the Wolfpack needed to come up with a unique deal to land his signature.

Besides a pay packet worth more than the entire GBP2.1m salary cap for Super League clubs, Williams was offered equity in the club and a starring role in a Netflix series.

"It is one of the boldest, most audacious signings in the history of rugby league," Sims said.

"Everyone looks at the dollar signs and think it is crazy but I firmly believe it will pay off ten-fold with new sponsors and TV deals.

"The North American market is a sleeping giant waiting for a global superstar like Sonny Bill Williams to come in and be part of our code.

"I think he will make a huge mark, not just on rugby league in Toronto but the city itself."

Former St George halfback David Niu, who was the driving force behind the establishment of a rugby league competition in the USA in 1998, believes the signing of Williams could finally lead to the fulfilment of his vision for the game.

"It’s brilliant – not just signing him to play but their rollout of the pending announcement," said Niu, who is now president of Super 7s Rugby.

"It’s not easy to get attention and awareness for rugby league in North America but it would appear they have accomplished that in a big way.

"Toronto is the fourth largest media market in North America so the word will spread. What is challenging to new sports in this marketplace is being able to compete against other sports with huge marketing budgets.

"It looks like the Wolfpack have kicked a goal on that front via SBW, as not just a rugby player but moreover an athlete/brand with global appeal. It’s go big or go home over here … it sure looks like they have gone big on this one."

'Good for the whole Super League'

It’s not just North America where the signing of Williams is set to have an impact, with rival Super League clubs expected to draw their biggest crowds when they play against Wolfpack.

With officials confirming the signing of Williams was imminent, the Wolfpack have been scheduled to open the 2020 Super League as part of a double-header at Headingley with Leeds and Hull FC.

Toronto will also host a match at the north London home ground of Saracens RUFC, which is already attracting new fans.

"I think it could be really good for the whole Super League competition."

'Skills are second to none'

While Williams will provide a huge boost for the profile of Wolfpack and the game in the northern hemisphere, his greatest impact will be on the field.

Those close to him say the 34-year-old is determined to help Toronto to immediate success and he won’t be treating Super League as a step down from the NRL.

Williams, who boasts a winning percentage of more than 90% in his 58 Tests for the All Blacks, won two World Cups, two Super Rugby titles with the Chiefs and represented New Zealand in rugby sevens at the Rio Olympics three years ago.

It is one of the boldest, most audacious signings in the history of rugby league.

He also has premierships rings from his two stints in the NRL, helping Canterbury to grand final glory as a teenager in 2004 and returning to lead Sydney Roosters to the 2013 title.

What stands Williams apart from other players in either code is his ability to influence a game in attack and defence.

"He revolutionised the second-row position in rugby league," Sims said.

"I watched him with a keen eye in the rugby union World Cup and he is so silky, his skills are second to none and that is what the Toronto fans will love, with his offloads and little pop passes.

"In defence he is an absolute beast too so he will certainly capture the attention of the Toronto faithful."

At international level, Williams could also have a significant impact.

Williams has played 12 Tests for the Kiwis and was named international player of the year at the 2013 World Cup but he is also eligible for Samoa through his father, John.

He hasn’t made any decision about his international future but hasn’t ruled out playing for Samoa in the future in a move that would be comparable to Jason Taumalolo choosing Tonga over New Zealand before the 2017 World Cup.

NZRL CEO Greg Peters said Williams would be considered for selection from Super League if he was playing well for Toronto.

"We have an open-door policy with New Zealand eligible players, and like any other player there’s no reason why he wouldn’t be considered on form," Peters told AAP.

"If he plays well enough I would be sure he would be welcomed back into the fold.

"It’s a great coup for the Toronto Wolfpack to have him involved, and great for the code and the game. That’s great from our perspective." 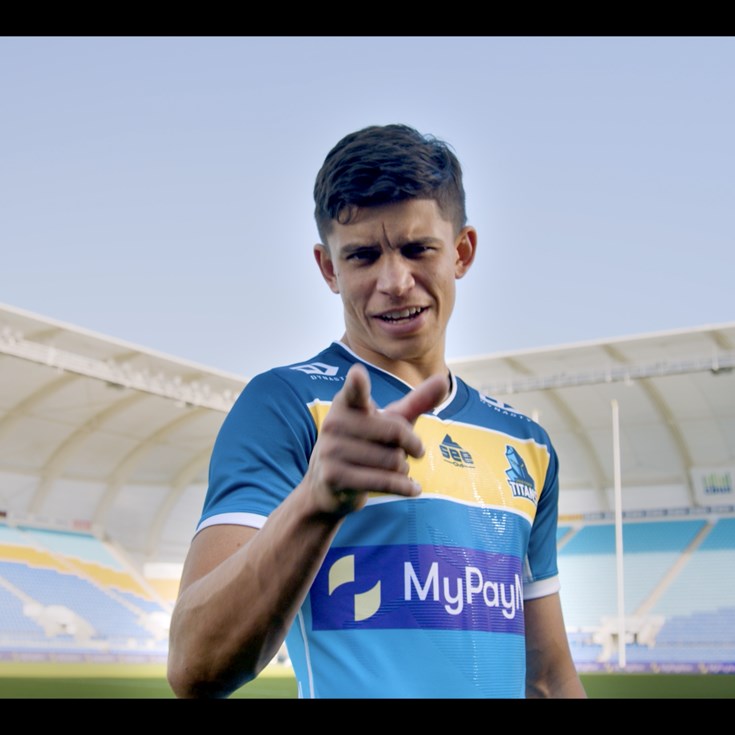 Why Tuilagi more appealing recruit than Latrell for Wolfpack