It's been a tough tour for the winless Great Britain and they will be determined to at least salvage some pride in the final Test of the season against Papua New Guinea.

Having scored just 22 points in three games, Lions mentor Wayne Bennett conceded the majority of his squad had regressed since he coached England to a series win over New Zealand last year.

Papua New Guinea, meanwhile, were valiant in a thrilling 22-20 loss to Fiji last Saturday in Christchurch in their first match after a mid-year defeat against Samoa.

The Kumuls have the opportunity to play in front of their adoring fans in Port Moresby where they've hosted Great Britain three times, most recently in 1992.

Lions centre Oliver Gildart, who injured his shoulder earlier in the tour, has been ruled out for 4-5 months and will miss the start of the 2020 Super League season with Wigan.

Great Britain: Star second-rower John Bateman is free to play after being placed on report for a high tackle in the 23-8 loss to the Kiwis, with the international match review panel imposing a 50-point penalty but no suspension. Leeds flyer Ash Handley has joined the squad but has not been named in the 17-man line-up. Blake Austin, who made numerous errors out of position while filling in in for the injured Zak Hardaker last week, has retained his position on the wing. Hardaker, who has been named in the reserves, may also push to play with his shoulder complaint not thought to be serious.

Elliot Whitehead v Rhyse Martin. After an awesome NRL season, Great Britain back-rower Whitehead has been solid for Great Britain, maintaining a high defensive workload. On the other hand, PNG captain Martin's NRL and Super League experience will be integral against a much more seasoned pack. Martin ran for 85 metres and made 29 tackles last weekend but also missed six tackles. Winger Edene Gebbie was outstanding versus the Bati and has another chance to show his ability before joining South Sydney for 2020.

For Papua New Guinea to win

An energetic start is paramount for the Kumuls. It's a mismatch on paper but with Great Britain down on form and confidence, you never know what could happen if PNG jag an early try or two. Given the Lions are averaging a mere 7.3 points on their southern hemisphere tour, the home team might fancy themselves to play razzle-dazzle footy and win an attacking shootout.

For Great Britain to win

Trusting their ability should take the Lions a long way. They've got superior class and experience across the board and have nothing to lose. Perhaps the expected flair of PNG will entice Great Britain to break the shackles in return - and we could see an avalanche of points if Bennett's troops click.

No member of Great Britain's starting pack made 100 running metres against New Zealand last start. Bench prop Alex Walmsley (120m) was the only big man to achieve the feat. The Kumuls didn't fare much better, however, with front-rower Luke Page (99m) recording the highest total of his team's forwards. 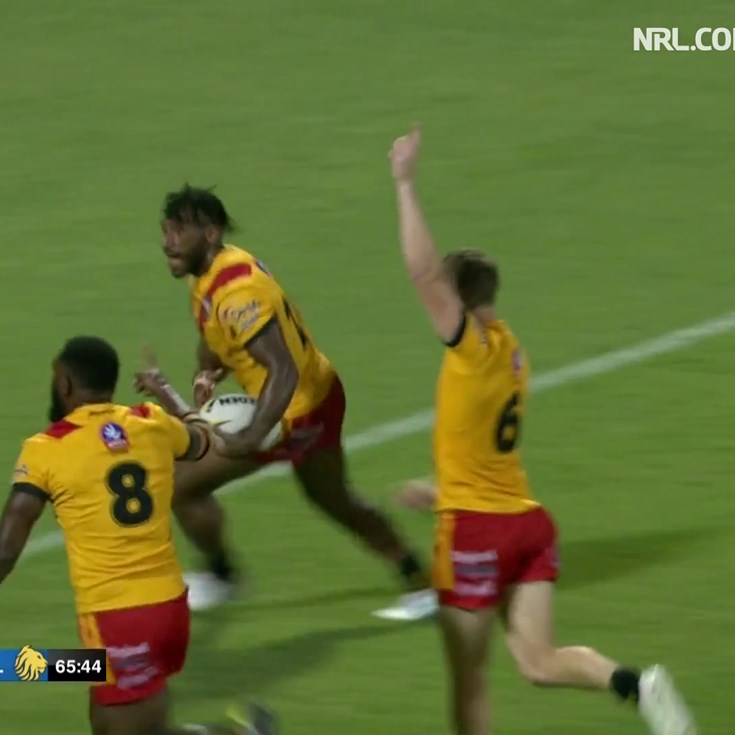