Hooker Damien Cook believes he and halves Adam Reynolds and Cody Walker can fill the leadership void at the Rabbitohs following the loss of the club’s previous three captains since the start of last season.

Greg Inglis retired suddenly in April, John Sutton hung up his boots at the end of the season and the career of Sam Burgess was ended last month by a shoulder problem.

Their departures leave Cook, Reynolds and Walker as the surviving members of what was a six-man leadership team and while he has put his hand up for the captaincy role, Cook would be happy if Wayne Bennett opts for ether of the other two.

“Cody stepped in last year for Sam, and Reyno has been there for a long time. He is the halfback so he is running the show, and he would make a great captain as well, being at South Sydney for so long,” Cook said.

“If Wayne asked me to be captain I wouldn’t knock it back but whoever it is will have the support of the other two in the group and it will be almost a job that we will do together. They will just have the ‘c’ next to their name and lead the team out.”

After lower-grade stints with Penrith, Illawarra Cutters and Canterbury, Cook has developed into one of the leading players at Souths and is now established as the NSW and Australian hooker.

Cook and Souths team-mate Cameron Murray helped launch the Blues' new-look State of Origin jerseys and the pair spoke openly about the Rabbitohs captaincy and forward depth without Sutton, Burgess and his brother George, who has joined Wigan.

“We were losing two of them and Sam has gone with them as well so we are just really ripping the Band-Aid off and moving on to the next chapter of South Sydney.

“Now those guys have gone it is probably our time to step up and make sure we lead the way and maintain the good culture we have at Souths.

“It’s a club with a lot of history, it has had some great captains and probably one of the best leaders in the game before us in Sam Burgess so there is probably going to be a few comments about it being a tough job to fill his shoes.

“But probably one of the good things about having Greg, Sutto and Sam before us is that they have all had different ways of leading the group. Sam was very motivating, Greg led by his actions and Sutto was someone who always did his job, you knew what you were going to get and he kept the playing group together.”

Murray is just 21 but the boom lock is considered a future captain of Souths, and possibly NSW and Australia, and he is expected to be one of the people promoted to the leadership group.

He admitted it was an honour he would be keen to achieve in the future but was happy to play under Cook, Walker or Reynolds next season.

“I think Cooky is a more than worthy candidate to step up and lead from the front, just on his regime over the last couple of years. I think he is one of the greatest hookers that Souths have seen over the modern era,” Murray said.

“We have got another strong leader there in Cody Walker who put his hand up last year when Sam was away and got experience leading the team out and also Adam Reynolds who was part of the premiership-winning side and knows what it takes to be successful.

“He has been playing under the three leaders who are leaving this year probably since he came into first grade so there is recipe for success there and I know those three leaders will step up and will lead from the front proudly.” 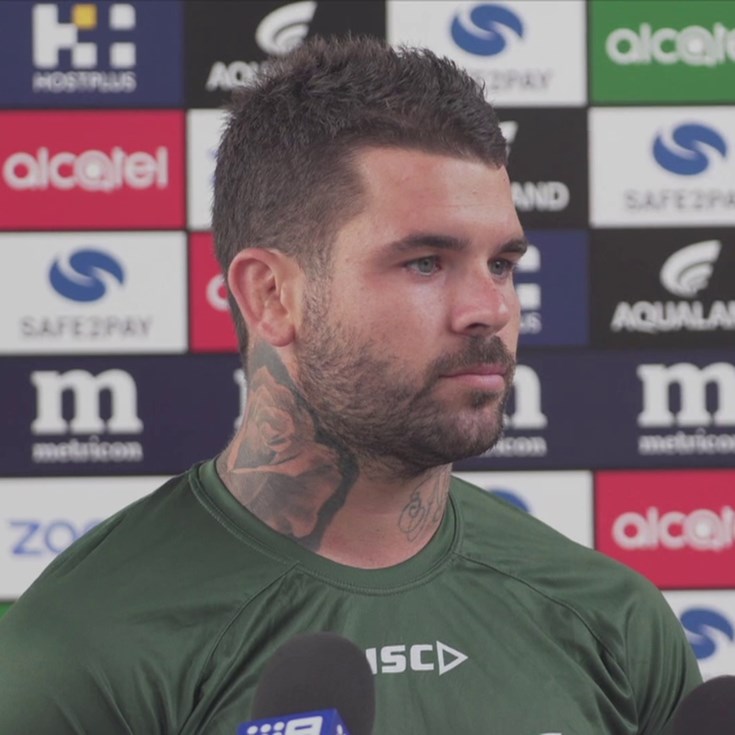