The Wests Tigers have turned their attention to Melbourne flyer Josh Addo-Carr after withdrawing their offer to Latrell Mitchell on Thursday morning.

Within hours of pulling the pin on their four-year deal with Mitchell, NRL.com can reveal the Tigers made enquiries with Addo-Carr's management about the prospect of bringing the international winger back to the club.

The Tigers, who grew frustrated with Mitchell's indecision about his future, are desperate to add some speed to their backline and have now identified Addo-Carr as their priority after Nine News reported on Wednesday night that he was meeting with Storm officials about a potential release from his remaining two years.

Addo-Carr is believed to be keen to return to Sydney due to personal reasons and made his NRL debut at the Tigers in 2016 before moving to Melbourne and establishing himself as a NSW and Australian representative.

He was also a member of the Storm's 2017 premiership-winning squad.

The Tigers are yet to make an official comment on their interest in Addo-Carr.

The club had offered Mitchell a lucrative deal but have grown frustrated with the drawn-out negotiation process in the past few weeks.

The 22-year-old NSW Origin star, who is contracted to the Roosters for next season but can negotiate with clubs for 2021 and beyond, has been linked to several clubs this off-season.

The Roosters retracted their contract offer for Mitchell earlier this month. 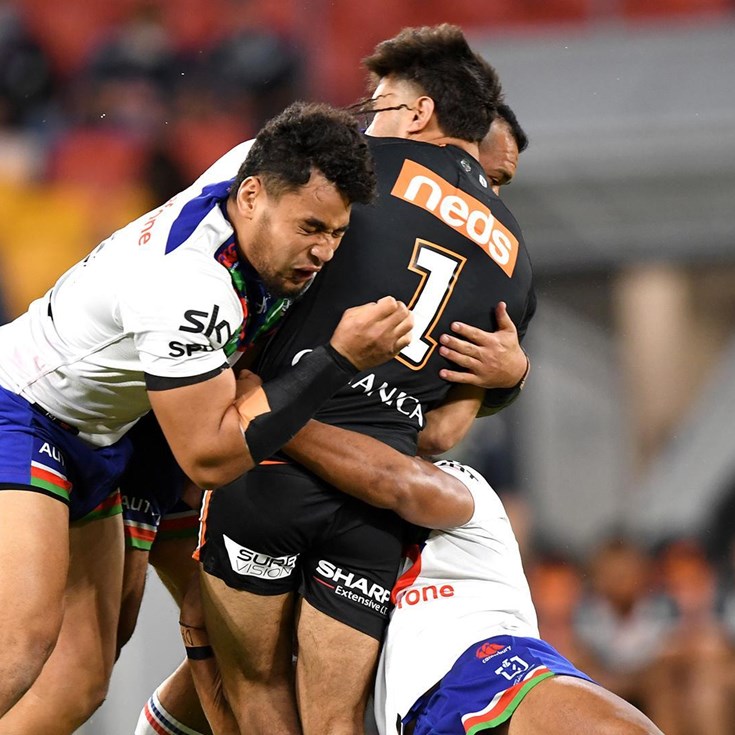