NSW coach Brad Fittler hopes to catch up with Latrell Mitchell next week when he and Blues skipper Boyd Cordner travel to Taree and offer their support to the bushfire-ravaged area.

Fittler was on deck at an Emerging Blues camp at the NSW Centre of Excellence on Thursday when asked about Mitchell.

Mitchell was named in a NSW squad last month to spend a day with his former state teammates in camp on Friday but is now not expected to attend.

"Latrell rang me a couple of days ago and we had a great chat," Fittler said.

"He's on holidays and for a 22-year-old he's got a lot on his plate at the moment.

"Hopefully he can have time to reflect, make some decisions. His indications were we might catch up next Thursday at Taree, we've got a community event. It would be great to see him."

Fittler, who reiterated that the reasons behind Mitchell being dropped after Origin I was due solely to form, said he held no ill feelings towards Mitchell but wanted the Taree product to "just go breathe and relax" before deciding on his future beyond next season.

Mitchell was reportedly told on Monday his time at the Tricolours was coming to an end after the club withdrew an offer to the Australian centre in November.

"I've always said there's a certain amount of players … he's so big, so fast and has so much natural talent that when it all comes right in the mind and he's motivated ... Greg Inglis and Jarryd Hayne were similar, you just can't stop them," Fittler said.

"The potential is endless but it's a hard road. I'm fully aware of what he's going through with some big decisions to be made.

"A decision will come out somewhere, hopefully it's a strong one."

Fittler spent close to 90 minutes on the paddock ushering through the next generation of NSW hopefuls at Olympic Park including Canberra Raiders recruit Curtis Scott and Roosters signing Kyle Flanagan.

Brisbane behemoth Payne Haas and Knights prop Daniel Saifiti were in a similar boat a year ago, taking part in the pre-season camp before going on to representing the Blues in 2019.

"I've always been a believer in it and the kids that have come through it's always been part and parcel of it," Fittler said.

"We've got Andrew Johns, Mark O'Meley, Danny Buderus and Craig Fitzgibbon. If they can take one tip away that could be the difference for next year." 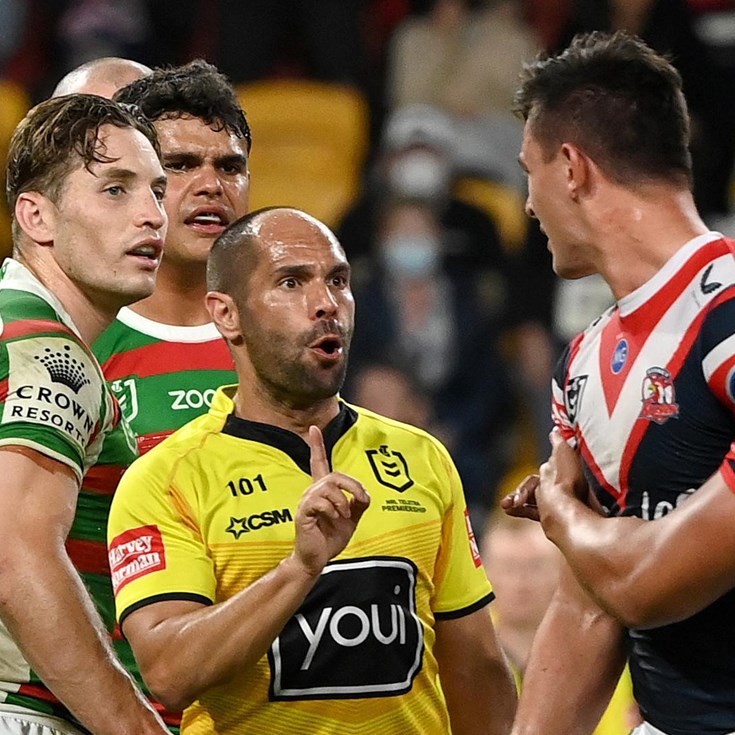 Cordner believes Mitchell axing will fire him up