The Jillaroos are one of the best-prepared women's sporting teams in Australia, according to a leading expert in female performance.

Clare Minahan, an associate professor and exercise physiologist at Griffith University, has previously worked with Queensland Academy of Sport and Swimming Australia as well as the Gold Coast Suns and Brisbane Roar.

She has been involved with the Jillaroos for the past two seasons.

This has coincided with the introduction of the Holden Women's Premiership and contracts for the game's best female players, which include strength and conditioning programs, regular training camps and well-being and education services.

Minahan said the high-performance program overseen by Jillaroos coach Brad Donald and strength and conditioning coach Simon Buxton was one of the best in Australian women's sport.

"I have been assisting them in some areas, mainly sports science and a bit of strength and conditioning, and I have just been really impressed with the way that they have gone about things with the Jillaroos," Minahan said.

"We have done a lot of work with female athletes over the years and they really deserve to be highlighted as one of a very few female teams that are leading in this area of female athletic health.

"We talk a lot about injuries and concussions with females, and perhaps they are not prepared well or perhaps they are not ready for it and all of those sort of things, but I just think that the Jillaroos, through Brad and Simon, have led in this area and are actually trying to do something about it."

There is an incredible, genuine care for the girls ... they believe in the girls and they don’t take shortcuts

NRL.com revealed on the eve of the 2019 NRLW that testing indicated an increase of up to 15% in upper and lower body strength for many of the game's stars such as Simaima Taufa, Julia Robinson and Rikeya Horne.

Minahan predicted further improvements next season when the NRLW competition is set to expand to two full rounds of matches between Brisbane, St George Illawarra, Sydney Roosters and the Warriors before a grand final.

"It's quite amazing how far they have come but I don’t think it has happened by accident," she said.

"It is a credit to Brad and Simon and the guys working at the clubs, as well as a major credit to the girls. Also for the NRL to support them to be able to train harder and play better.

A recent female athlete workshop at the Australian Institute of Sport came up with a four-point plan to improve the health of female athletes, which focused on:

"I said to Simon, 'that is exactly what you are doing. You are actually putting things in place that address all of those four areas so you really should be highlighted as a group that is leading in that area'," Minahan said.

"We have worked pretty closely with the Gold Coast Suns, we have had some time with the Brisbane Roar and we are tied in with a lot of Olympic sports so, in terms of my ability to judge where they are at in looking after female athletic health and performance, I think I have a pretty good idea."

Buxton said the resources, staffing, education and time the Griffith University team have provided the NRL has been a real asset to the Jillaroos' performance program.

"The overall success of our program can be attributed to all their hard work." 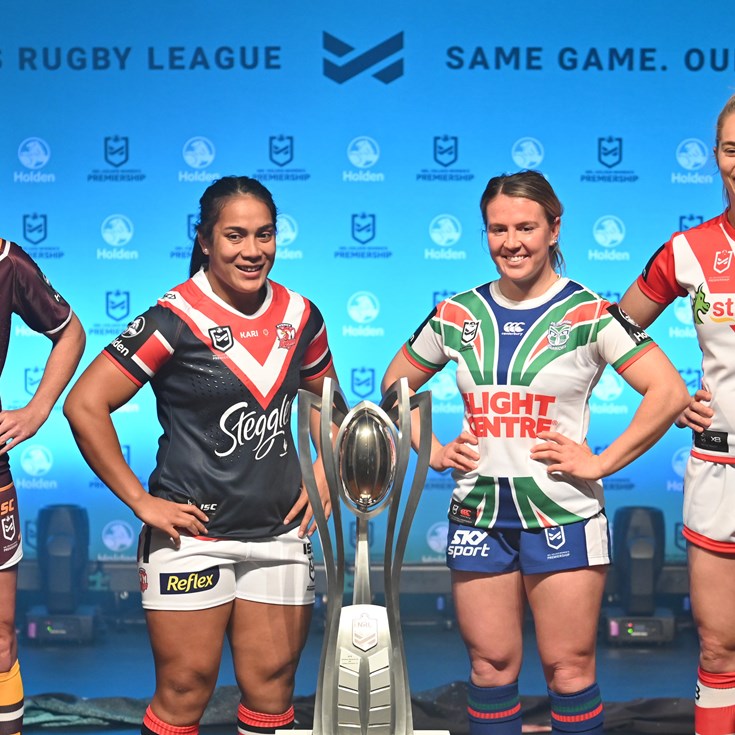