The Broncos' abundance of options in their three-quarter line has presented coach Anthony Seibold with "a good headache to have".

Kiwi international Jamayne Isaako's move to fullback has opened up at least one spot on the wing in 2020. The race for round one positions on the flanks and in the centres is already on.

Captain Darius Boyd, in line for a centre or wing spot, has already made a statement at training after returning from the Christmas break in peak condition.

Boyd won the club fitness test on Monday at training and Seibold said he was "leading the way" with what has been a gruelling pre-season.

It is already clear that competition for outside backs positions is heating up and the only certainty about the wing and centre positions for the round one clash with the Cowboys is that there are no guarantees.

That was highlighted at Brisbane training on Thursday when Kotoni Staggs and Jordan Kahu were both doing rehab work away from the main group.

Staggs is on his way back to full fitness after injuring his foot playing for Tonga in November while Kahu, who returned to Brisbane after a season with the Cowboys, is working his way back from a shoulder operation.

Maroons winger Corey Oates has been on light duties after an illness and was being eased back into training away from field duties.

Despite those absentees, the Broncos fielded plenty of quality in their training drills in the three-quarter line in several full-contact opposed sessions.

Boyd has been training at left centre post-Christmas and had former Queensland Reds (rugby union) flyer Izaia Perese outside him on the wing on Thursday.

On the right side, 2016 premiership winner Jack Bird was in the centres with Queensland under 20s representative Xavier Coates outside him.

That formation lined up against another Broncos side that boasted impressive 20-year-old Herbie Farnworth, former Titan outside back Jesse Arthars, Fijian flyer Ilikena Vudogo and ex-Storm and Rabbitohs winger Richie Kennar.

Farnworth, Perese and Coates both impressed in their NRL debuts in 2019 and have speed to burn while Arthars is hungry to make a mark after signing a two-year deal with the Broncos.

Seibold said the abundance of riches was creating a competitive environment.

"It is a good headache to have. Our outside backs are blessed with talent and out of the 10 or so outside backs we have got I think eight have played first grade," Seibold told NRL.com.

"Tesi Niu has made his debut for Tonga and he is only 18 and a development player. We have a lot of depth there and we are giving everyone an opportunity to put their best foot forward and build some cohesion by defending beside their possible partners.

"There is no doubt we have some talented young players in that group and some guys like Jack, Darius and Oatesy who have played a fair bit of footy.

"That is driving great competition across those particular positions. Izaia Perese is training in both [wing and centre] positions and Jesse Arthurs, Tesi Niu, Herbie Farnworth, Xavier Coates and Darius can all play several positions so there is flexibility there. It will be all about who is consistent here at training and who performs well in the trials." 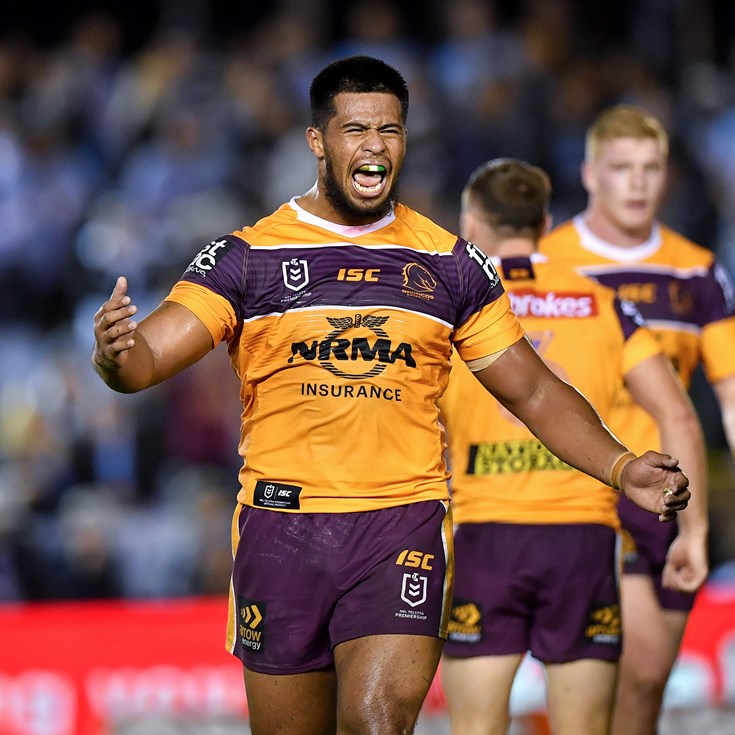 Haas to inflict more pain in defence this year: Seibold

Broncos 2020 back line a cavalcade of possibles and probables