New Broncos signing Jesse Arthars is determined to make Jamayne Isaako earn the No.1 jersey he is expected to wear in round one.

Arthars has been at the Storm, Rabbitohs, Titans and now Broncos in the past four seasons and wants to make a home for himself at Red Hill.

He has already made a strong impression while training in all the outside back positions. His stints at fullback have showcased athleticism and speed.

It is a position he wants to play and while Isaako remains the front-runner the 21-year-old is giving coach Anthony Seibold cause for thought.

"I really enjoy fullback and played a lot of lower grades at fullback but if that is not the position for me here then I am happy to fill in where they need me. We will see what happens," Arthars said.

Behind the scenes with Anthony Seibold

"Obviously Jamayne is there and young Tesi [Niu] as well so you've got to be on your toes when you come to training every day.

"That is what is so good about this club, there is a lot of competition. It is going to be a grind to see who gets that number one jersey.

"I can bring a lot of speed out the back. I can talk a lot out the back as well. At the end of the day it just depends what Seibs wants from his fullback."

Arthars, who made his NRL debut for the Titans in 2019, went to school with Payne Haas and David Fifita at Keebra Park High on the Gold Coast and played with Jake Turpin and Brodie Croft at the Storm in the under 20s.

Those familiar faces have helped him settle in at his new club.

Memories of being coached by Seibold in 2018 were also a factor in Arthars signing a two-year deal with the Broncos.

"I have had experience with Seibs before down at Souths and I really enjoyed my time under him and felt like I learned a lot and progressed as a footy player," Arthars said.

"When he moved up here he gave me a call and we had a meeting. I was really excited to link back up with him because I knew under Seibold I would get my best development."

Arthars' mum Jane sadly passed away in 2018 after bravely battling a brain tumour and he was released by Souths at the end of that year to join the Gold Coast to be closer to his father and brothers.

In Seibold, he has a coach who has an understanding of what he has been through and also values highly what he brings as a player.

"One of the reasons I wanted to sign Jesse is because I think he is a really capable player at wing, fullback or centre," Seibold said.

"The more flexibility you have with players within your squad is very important. Herbie Farnworth, Darius Boyd, Xavier Coates and Jack Bird are all very similar in that they can play multiple positions."

Arthars is hopeful of playing at the NRL Nines in Perth and said it was a format suited to his style of play, but if not will get a crack in the trials to impress. 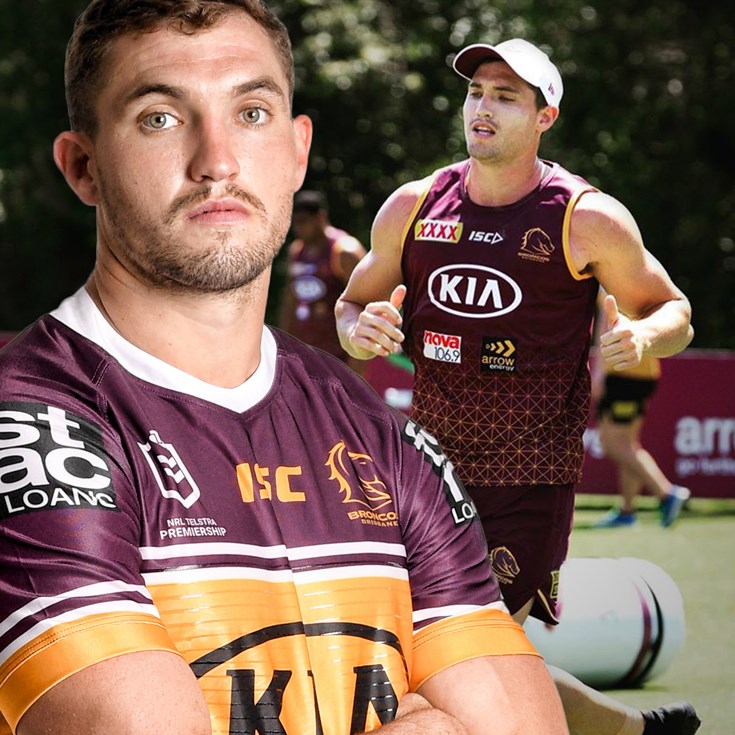