Indigenous All Stars coach Ben Jeffries says the growth of talent in the women's game made it easier to leave a player like Amber Pilley out of the squad with standards rising across the board.

Pilley was overlooked for the 2020 event after two years representing the side - fans on social media were up in arms over her exclusion when the squad was announced on Tuesday afternoon.

The Maroons representative made her Origin debut last year after consistent performances for the Broncos over their past two premiership-winning NRLW seasons.

"I've communicated with Amber with some requirements she needed to hit and I don't believe she did hit them," Jeffries told NRL.com.

"I certainly challenged her and she's got some challenges going forward in 2020. There are standards set in every program now and especially in the Indigenous pathways. I'm sure Amber will bounce back from this.

"I'm a big advocate of Amber, she's just got to understand at this point in time there's depth coming through and a lot of women who are hungry."

The Indigenous All Stars will be boosted by the inclusions of former Jillaroos representatives Nakia Davis-Welsh, Simone Smith and Jenni-Sue Hoepper.

Davis-Welsh returns to play in her first representative match since the birth of her first child, Steven, last year, while Smith is back after a two-year absence through injury for the February 22 clash on the Gold Coast.

"Nakia has come back quite well, she's trained well and I'm sure in another month after playing some trials in the Harvey Norman Women's Premiership that she'll be in good nick for the game," Jeffries said.

"Shak was in the Gems team a couple of years ago and has really kicked on, I'm not surprised, she just takes everything in her stride," Jeffries said.

"Shaylee has transitioned to the back row from the centres now and is coming along well. There's Rhiannon Revel-Blair who played Origin and is coming out of the QAS system.

"Shaniah Power is based up in North Queensland and a lot of people don't know too much about her, she's one to watch. Tanika Marshall is coming through the ranks as well."

Jeffries will coach the side after taking over from Dean Widders. 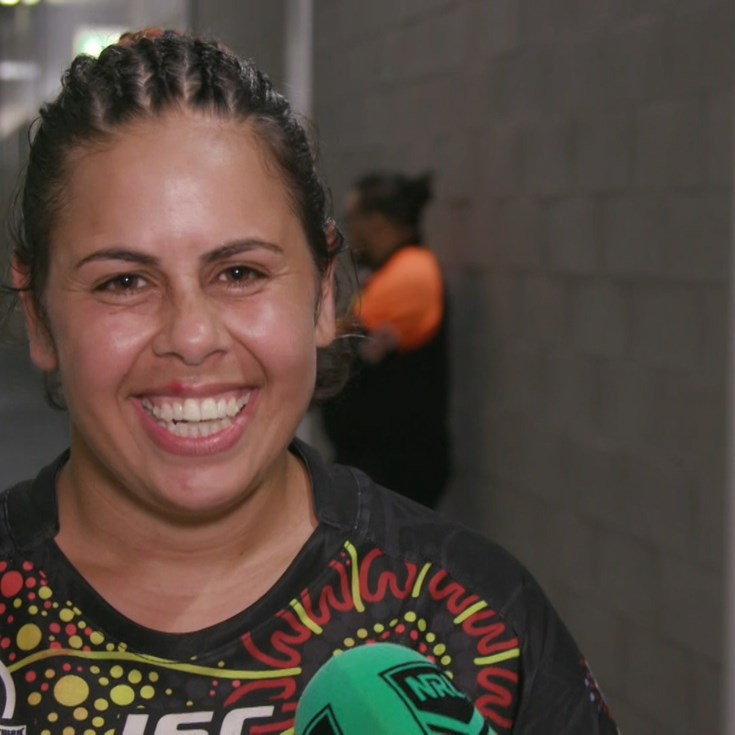 Pilley finds her cultural identity after years of searching

Caldwell playing for her people in grand final