The missing piece of silverware in the career of Queensland’s Meg Ward is the Women’s State of Origin shield and she is hungry to get her hands on it on June 19 at Sunshine Coast Stadium.

Ward joined NSW skipper Kezie Apps at the ticket launch of the showpiece event at Mooloolaba Beach on Wednesday.

NRL general manager of women’s elite programs Tiffany Slater said it was “really exciting” to bring the Holden Women’s State of Origin clash to Queensland for the first time after two years at North Sydney Oval.

The interstate clash has been played since 1999 with Queensland undefeated for 17 years until an Apps-inspired NSW won their first title in 2016 on the Gold Coast.

The Maroons have not tasted success since.

Ward brought her childhood idol Apps a birthday gift to the launch after the NSW forward celebrated her 29th birthday on Tuesday.

It was a nice touch and both women spoke of their close bond off the field, but Ward said “there will be no presents on the 19th of June”.

“I played the last two games down at North Sydney Oval and that was an incredible experience but to finally have it back up here on the Sunshine Coast is great and we are going to keep the shield up here this year,” Ward said.

“We are so hungry. We have had a couple of camps, we are looking strong and we are ready to rip in.”

Ward has won two NRLW premierships with the Broncos and was a member of the Jillaroos squad that won the 2017 World Cup but State of Origin success is now what she craves.

“This is something that every Queenslander wants… and it is the one thing that I am missing,” she said.

Apps is well aware NSW’s task will be harder on enemy territory.

“It is such a great battle. Every year we have to be better and stronger and prepare better as well because we know they are coming for us especially on their home turf,” Apps said.

“We are going to be ready for the battle. We are hoping to bring a lot of NSW fans up to cheer us on. We know how vocal the Queensland fans are but we’ll have to block out all those noises and focus on our job.”

Apps has the fondest of memories of her last clash with the Maroons in Queensland back in 2016.

“That was definitely one of my career highlights, coming up to the Gold Coast’s Cbus Stadium and beating Queensland for the first time in 17 years.

“To finally get the trophy and finally get that win up on Queensland was an unbelievable feeling and something you can’t really describe. We’ve had the shield for four years and we are going to keep holding onto it for as long as possible.”

Get your tickets here for 2020 Women's State of Origin 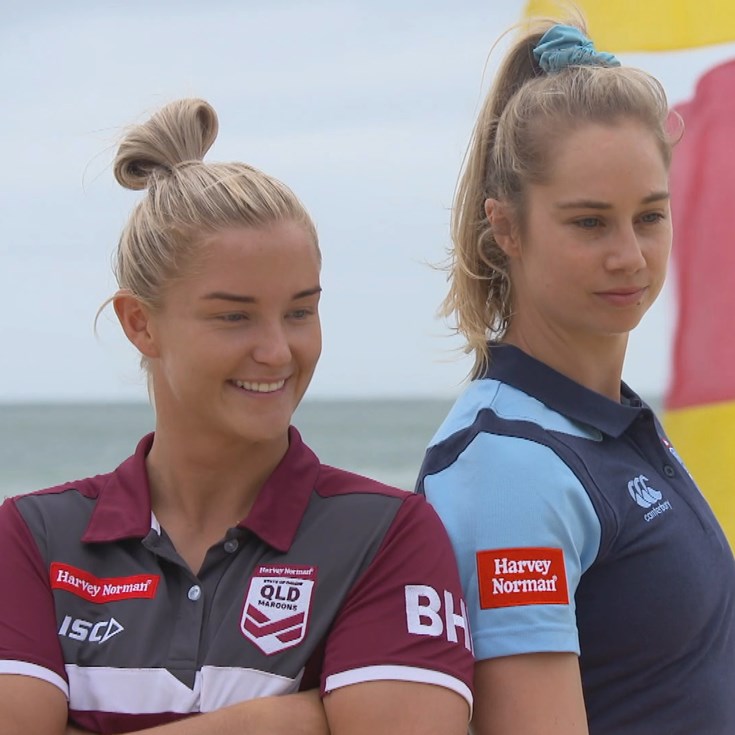