With Melbourne skinny in the outside back department and the Tigers lacking dummy-half options, the clubs had arranged to trade the players for this season before they switched back in 2021.

The Storm and Tigers must terminate the pair's current deals before they can sign identical one-year contracts with their new team.

The Rugby League Players Association supports the unique move but Bellamy said there had been "roadblocks put up by the NRL".

"I'm not quite sure where that is at the moment. It seemed to be a simple thing to me," Bellamy said.

Momirovski came down to Melbourne to check out the club and Bellamy gave him his approval, calling the ex-Rooster a "terrific kid".

He added: "Harry's a terrific kid as well. Both of them were quite happy to do it basically for that 12 months.

Grant, who has played two NRL matches, is rated among the best up-and-coming hookers in the game.

He would challenge for a starting berth at the Tigers given Robbie Farah has retired, Jacob Liddle won't return from an ACL injury until midway through the year and Josh Reynolds is facing legal dramas.

Bellamy said the 21-year-old is "ready for first grade" but he can't see a spot for him in Melbourne's team with Cameron Smith owning the No.9 jumper and Kiwis hooker Brandon Smith already on the bench.

Regardless of whether Momirovski ends up wearing purple this season, Bellamy has earmarked Justin Olam for one centre role after the departures of Will Chambers and Curtis Scott.

"[Olam] seemed to improve each game [last year] as well. He's had a reasonable pre-season so he'll probably get the first go at that left centre," Bellamy said.

Bellamy said Marion Seve and Brenko Lee are currently fighting for the right-side vacancy, while Tom Eisenhuth has also trained there.

The veteran mentor has been particularly impressed by Seve since a recent camp in Geelong.

Elsewhere, Bellamy confirmed that Jahrome Hughes is set to start the season at halfback with Brodie Croft having left for Brisbane.

Hughes played fullback for the majority of 2019 but replaced Croft in the halves just before the finals, with the electric Ryan Papenhuyzen taking over the No.1.

"[Jahrome] has done most of the training in that position this year. We've also got Ryley Jacks back and young Cooper Johns has come on a bit as well," Bellamy said.

"But certainly with Jahrome there, we had him at the end of the season and he's been there most of the pre-season. If all goes to plan, we think he'll be our halfback come round one." 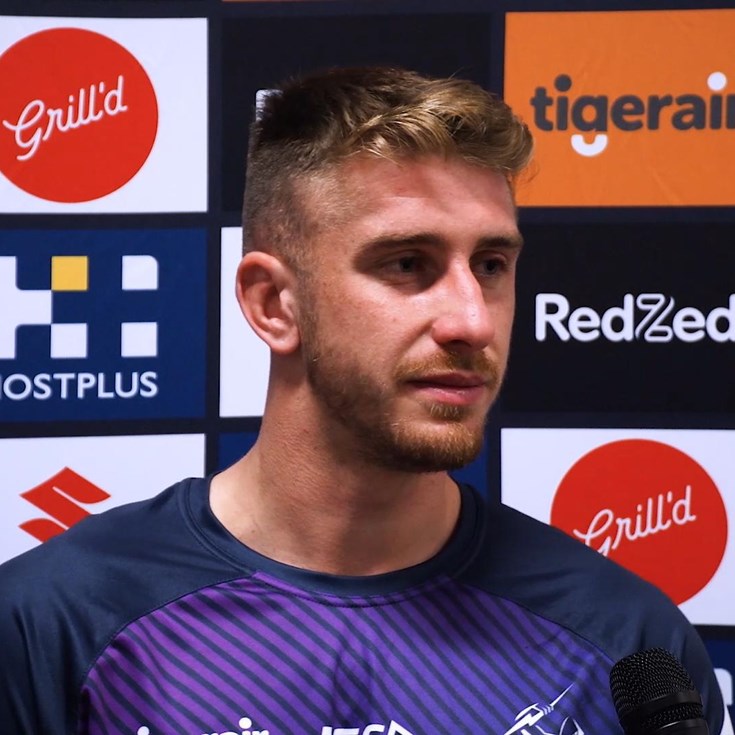