"The only way I will ever get over a grand final loss is to win one."

With those 16 words, Raiders coach Ricky Stuart is unashamedly announcing his intentions for 2020.

True, no team has greater motivation this year than the team that lost the game played last October 6 at ANZ Stadium.

But one rejuvenated and driven coach does not a season make. He needs his 30-man NRL squad to get over the pain and redouble their efforts.

"It was very hard but I am proud of how the boys, in their own time and with some great difficulty, accepted it and have moved on," Stuart told NRL.com.

"You don't always get the closure you want, or work hard for. But in saying that I am a believer in things happening for a reason.

"The only way I will ever get over a grand final loss is to win one."

Referee Ben Cummins' controversial six-tackle ruling is no elephant in the room for Stuart – never has been. He made that plain on grand final night. And he feels the same four months on.

"We are like the other 15 teams that weren't good enough to win the comp, we need to improve," Stuart said earlier this week.

The other 'elephant' is new recruit Curtis Scott. But Stuart won't comment until the legal process has finished with the young centre over alcohol-related charges.

Stuart points out that every NRL team will use winning a grand final as motivation, "so we are no different to anybody else".

But the Raiders are a little different in that they have been very quiet on the recruitment front.

"It depends what you are looking for - stability or a major overhaul," Stuart said.

"This squad doesn't need to start all over again. We need to get better and I believe with experience gained last year and some new faces that we have added, the squad can do this.

"Stability in the NRL can also be an advantage if it is not biased stability," he said referring to hanging onto players too long.

"If a player cannot motivate himself playing in the NRL especially after a grand final loss a coach has no hope," Stuart said.

"A coach might be able to do it for a short time but eventually the individual gets found out.

"I make sure it is not always my voice or my way here. My senior players at the Raiders know they have a big responsibility; it is their team too.

"And I allow them buy-in and ownership of their team and our journey."

Another thing not changing in the nation's capital is the Raiders co-captains.

"Jarrod [Croker] and Josh [Hodgson] did a really good job together," Stuart said.

But one thing is new – the halfback.

Enter England and Wigan star George Williams. He was part of the side that lost to Salford in Super League's preliminary final last October. He has an idea of what his new teammates went through at the end of 2019.

Stuart hasn't had all that long to work with Williams, and part of that limited time is due to an injury for the 25-year-old.

"He only joined the squad post-Christmas due to international commitments and has had a couple of disruptions to his pre-season training through a quad strain," he said.

"We are hoping he will be back to full training soon. He is very professional towards his standards of preparation and I have enjoyed working with him so far.

"It hasn't taken long for George to fit in with the group as he's a good guy and fortunately good mates with our other Englishmen."

There is a real sense of excitement that Williams will provide a lift in the same proportions that John Bateman did on his arrival for the 2019 season.

The two men were teammates when Wigan won the 2018 Super League trophy in the 12-4 grand final win over Warrington. Ryan Sutton was part of that side too.

Throw fellow internationals Josh Hodgson and Elliott Whitehead into the mix and don't be surprised if Stuart is sporting a northern England accent by season's end. 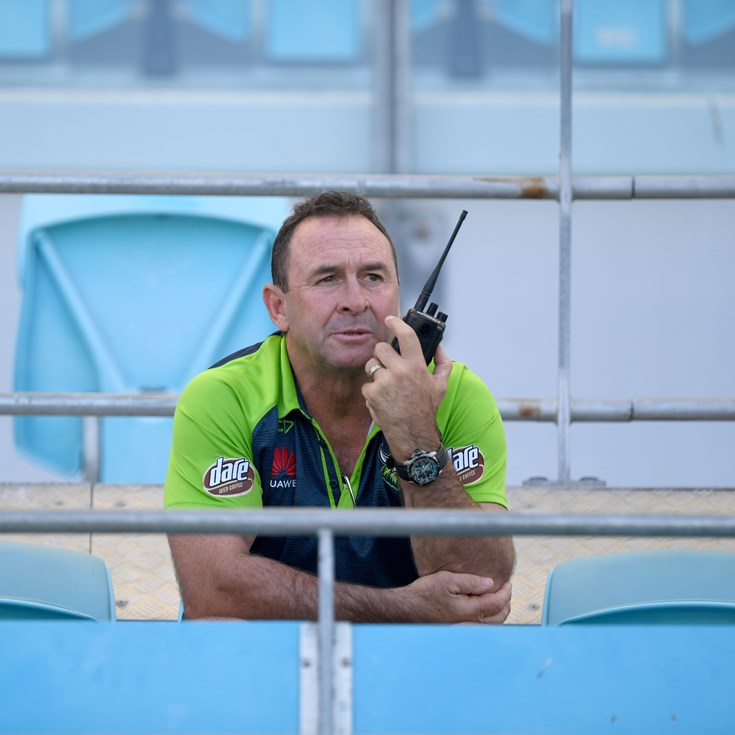