The Broncos have high expectations that Anthony Milford is ready to "pull the trigger" at the NRL Nines in combination with new halves partner Brodie Croft as they set their sights on winning the title in Perth.

Milford trained with the Broncos squad on Tuesday and looked sharp as he targets a return to the form that led the Broncos to the 2015 grand final.

Broncos assistant coach Kurt Richards will take charge of the team in Perth and he said the format of the Nines, combined with his new role, had Milford ready to unleash.

"He is certainly the fittest he has been at the club but he will obviously be judged on what he does out on the park," Richards said.

"I am pretty excited to see that combination blossom between him and Crofty.

"There's plenty to expect from Anthony and being with someone like Brodie Croft will suit him well.

"Anthony isn't one to game manage a team and get them around the park and focus on his sets on the last play. He has Crofty who can do that job and he can sit back and keep his eyes on the opposition and pull the trigger when he needs to."

Milford last played a full pre-season at five-eighth in 2018 which was a year his kicking game went ahead in leaps and bounds. That season Richards worked closely with Milford at the Brisbane Lions indoor training facility in extra sessions which fine-tuned his accuracy.

Last season Milford also played fullback but back in the playmaking role this year he has upped the ante with his kicking.

"My role with him is working on his kicking game and I have noticed a big change in him. He has put a lot of time and effort into it like he did back in 2018 and I think he will reap the rewards at the back end of the season," Richards said.

"He has put the same, if not more, effort into it. We have Crofty there as well who is a natural kicker of the ball as well so I am pretty excited about it."

Club legend Corey Parker has come out of retirement to play for the Broncos and Richards said his game sense had already made an impact at training. Fans will see a more streamlined version of Parker than when he last played with the 37-year-old weighing in at 94kg, eight kilos less than his former playing weight.

"Cozza trained with the team yesterday and he was quite good, he directed the young middles around the park and he was a real asset to us," Richards said.

"He's pretty keen to get over there and give the Nines a crack. He's still in good shape."

The Broncos will play the Cowboys and the Storm in the pool stages at the Nines and have named a team brimming with speed and explosiveness.

After a full pre-season under coach Anthony Seibold they are also better prepared than at the same time last year and ready to have a red hot crack at the title.

"The players are jumping out of their skin and ready to play. Thirteen weeks is a long time in the grind and washing machine of the pre-season and I feel that they are better educated than this time last season and coming together as a group a lot better," Richards said.

"We have had a fair bit of stability in the off-season rather than change and I think that will reap rewards at some stage.

"We want to go out and represent the club well when we put the Broncos jersey on. That is based on effort and competing really hard. We want to go over there and do the best we can. It is a nine a side and we need the bounce of the ball to go our way too."

Get your tickets to the 2020 NRL Nines in Perth at nrl.com/tickets. 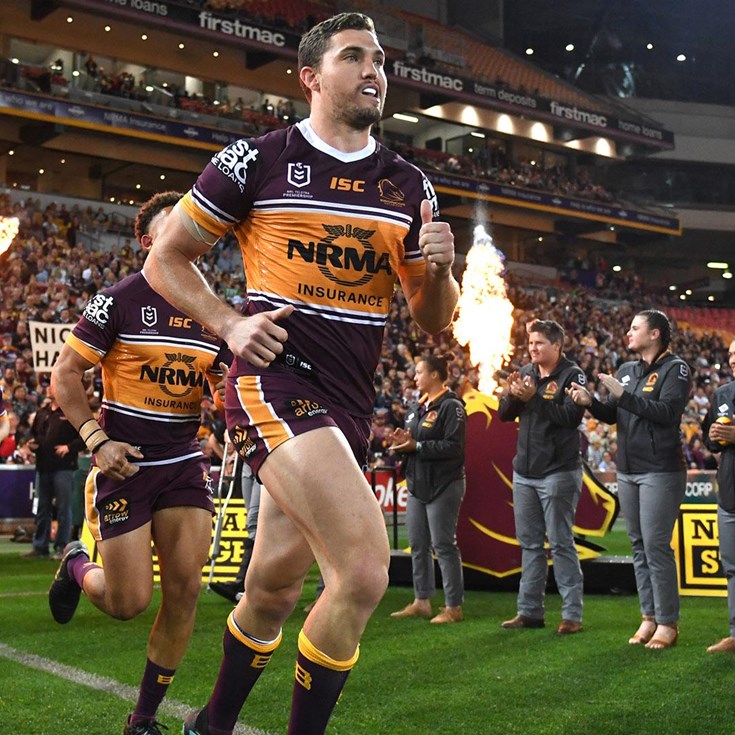 Oates: Croft is Broncos' most important buy of last decade

Renouf: My top eight - Broncos to scrape in; Roosters to enter history books