Panthers players are confident the side can overcome the loss of Dylan Edwards during the early stages of the season following a training mishap.

Edwards has been ruled out for at least two months after suffering a syndesmosis tear in his right ankle in a routine field session on Tuesday.

The 24-year-old underwent surgery on Thursday as most of the NRL squad greeted fans at Penrith's Westfield shopping centre.

"It was just one of those things where he went one way and his ankle went the other," centre Brent Naden told NRL.com.

"It was a freak accident and has come at a bad time being only three weeks from the first round, I'm shattered for him."

Penrith captain James Tamou touted Caleb Aekins as the man to replace Edwards in the No.1 jersey after three games in first grade last season.

Aekins, 22, made history in 2018 when he ran for 303 metres against Cronulla, the most ever by a player on NRL debut.

His 2019 season was cut short by a fractured foot but he's had an injury-free preparation for 2020.

"He brings a bit of a wow factor, has got a bit of a spark to his game and will be the best person to fill the role," Tamou said.

"Dylan is always one to be lurking around the field being one of the fittest but Caleb has got that footwork and ability to break tackles in an uncanny way.

"That will be good for players like Jarome Luai and Matt Burton who are strong and will be looking to find support with an offload. He'll be good for us there."

Speaking of injuries, Tamou is nursing a few niggles of his own and pulled out of the All Stars clash as a result.

He is aiming to return for the club's second trial against Parramatta in Bega on February 29.

"I've got some back issues and my right foot isn't quite right with some nerve damage there," Tamou said.

"It's been a big pre-season and something to monitor. There wasn't a session this week I was able to complete. I rung David Kidwell and he was very respectful. I didn't want to do the Maori jersey any disrespect."

Tamou said he was honoured to have retained the Panthers captaincy.

Off-contract at season's end, Tamou has told NRL.com of his desire to remain at the club and hopes another year of showcasing his leadership skills can land him a new deal.

"It's an absolute pleasure and our goal is to go a long way. Losing Jimmy Maloney we've lost a bit of experience there," Tamou said.

"I will hold that on my shoulders and try to get this young side to where it needs to be." 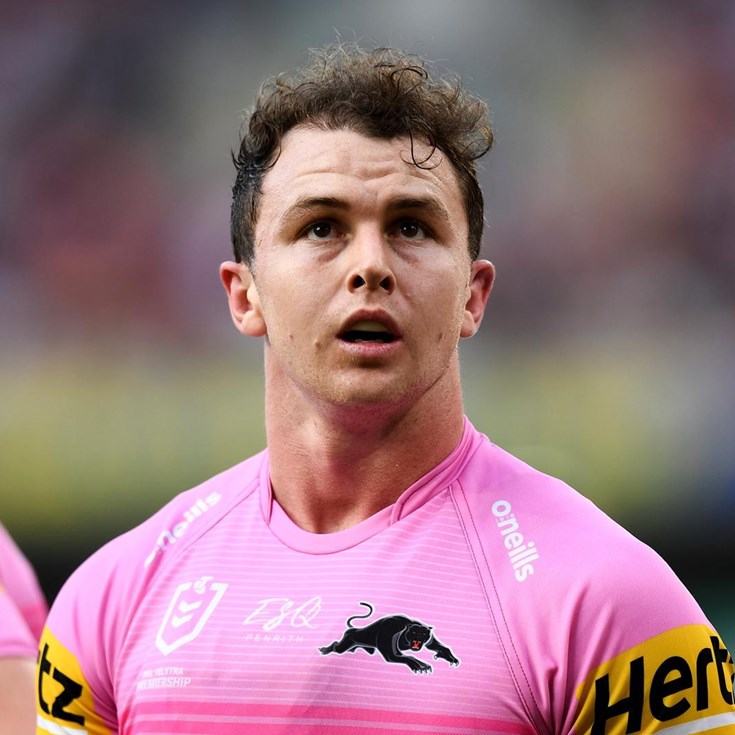 Edwards, not halves, the broken link for Panthers