The Dragons fullback position is Zac Lomax's to lose, according to coach Paul McGregor, after the 20-year-old starred out the back with incisive runs against the Knights and converted tries in his down time.

Lomax looked right at home at No.1 even though he's only played one game as custodian in 17 NRL matches over the past two seasons. He has mainly been at centre or wing.

He chimed into the backline beautifully, had a hand in two tries and kicked four goals in the 38-12 win at Maitland.

"There's another trial but obviously with [Matt] Dufty out, Zac will get another go there next week," McGregor said looking ahead to next weekend's Charity Shield game against the Rabbitohs in Mudgee.

"It's his spot to lose. There's probably no debate over it to be totally honest.

"He's certainly the won who has done all the pre-season there with Dufty," he said.

Lomax was a picture of calm as he slotted goals from both sides of Maitland Sports Ground, where the Knights had decisive home ground support.

"And that's a real positive for us. He finished goalkicking for us last year when Gareth [Widdop] was out injured," McGregor said.

"He kicked for us in that final against Souths the year before and missed one goal. So we knew he was very good at goalkicking and he's been doing a lot of practising at training."

"I'm learning the game as much as I can and trying to be sponge. I've got such good halves around me in Ben Hunt and Corey Norman, who have played for their state and their country," Lomax told NRL.com.

"I've learned so much off them. They're petty much the best in the business and they are a great support network around me."

As for filling the fullback role for at least the opening rounds of 2020, Lomax is waving his hand in the air.

"For sure, a hundred per cent. I'd love to be able to do that job for the team," Lomax said.

"I want to compete on every play and be right there when the boys need me." 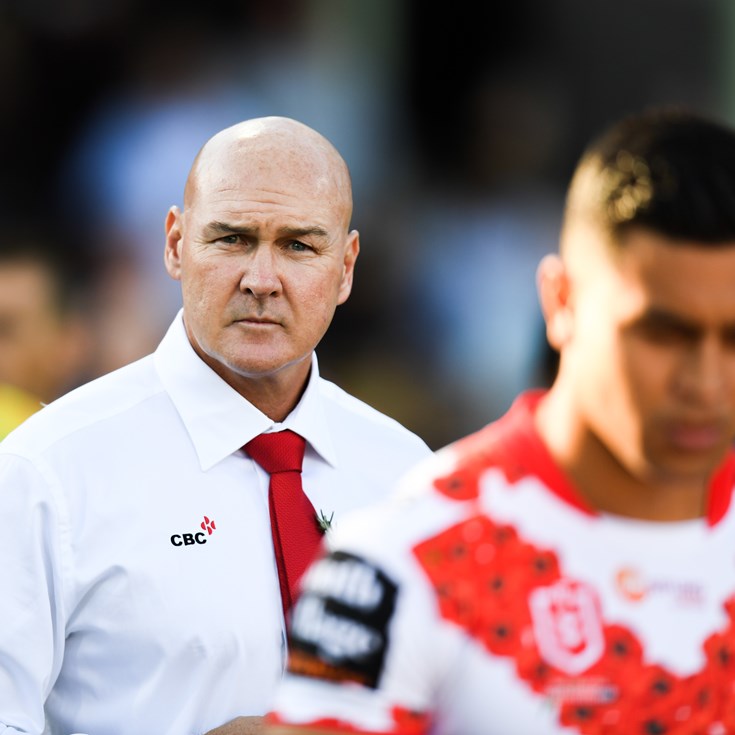 No news is good news? Mary at ease with board's silence on future

At long last: Foran fired up for NRL return