Raecene McGregor is first to admit her mother Glenys is up there with the loudest parents at a game - and who could blame her?

The pair have endured a special journey together since Raecene was born premature in 1997 and dubbed the miracle child when Glenys gave birth to her after an incredible 12 miscarriages.

Glenys will be at Cbus Super Stadium on Saturday night using every part of her lungs to cheer on Raecene in her first appearance in Maori colours - representing her mother's culture in the process.

"You can hear her in the crowd from anywhere. She's excited to see me play in the jersey and very vocal when it comes to me and my sister.

"I can imagine her on Saturday screaming her head off."

McGregor will co-captain the side alongside hooker Krystal Rota after missing last year's clash due to logistical and schedule issues.

The Broncos playmaker has relished the opportunity to spend time with a new group of players and soak in the week-long camp of cultural festivities.

"It was a shock to be given the captaincy but it's cool to lead these girls and have them show me the ropes of the Maori culture," McGregor said.

"I've been brought up in Australia so am very westernised and haven't really been able to connect with that culture side.

"It's probably the most busiest camp I've been a part of. We've been up at 6am every morning for beach walks and learning the haka so it's been nice."

McGregor, who has been part of the Kiwi Ferns set-up since 2017, said the traditional Kiwi haka and Maori haka were almost entirely different.

"The Maori haka is so much harder, I couldn't believe it," she said.

"Coming off the Kiwi haka which goes for 30-40 seconds, this one goes for two minutes. The actions and footwork are so tough, there's more to it than I thought until I had to do it.

The Maori side will be well led by McGregor and former Kiwi Ferns legend Sarina Clark in the halves.

Both outfits have been boosted by the inclusion of at least 10 NRLW players per side for the 2020 clash.

McGregor will line up next to Corban McGregor for the first time with Raecene often asked if they're related.

"We get asked all the time if we're sisters or cousins but both think we look nothing like each other," she said.

"But honestly I don't actually know, I mean it could be possible." 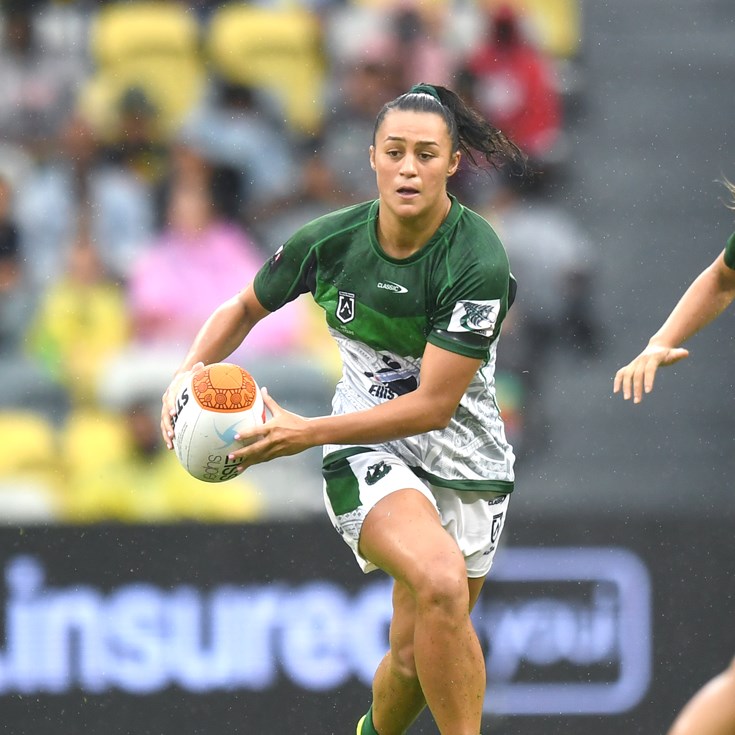 Ruthless Maori women refuse to give Indigenous rivals a sniff