Souths prop Tom Burgess is heading into his first-ever NRL season as the only Burgess on the Rabbitohs roster but says it's time he grew into a club leader regardless of who else is in the team.

In a largely reserve grade line-up, Burgess led the way for Souths in their upset 28-24 trial win over the Eels at Ringrose Park on Friday night, playing around 50 minutes, barging over for a try and leading the young pack around admirably.

"It was good to get a run; we spoke about getting the middles a run tonight, the lads who didn't play the Nines," Burgess said.

"I was keen to get out there. It was good, we got through some D there against a strong Parra side."

Burgess said he didn't really think about the fact his brothers, twin George (now at Wigan) and older brother Sam (retired) weren't there. Although Sam technically was, sitting sideline with the support staff.

"It's a different year, this team is probably different to what we'll be playing with this year as well. I didn't really think about it to be honest," Burgess said.

"I always try to lead by my actions really but as you get older you need to step up a little bit and be a bit of a voice as well.

"It's a young side we had here tonight, I was really happy to lead the boys out.

"It was good to get a game with those [younger] boys and start building those combinations.

"We've been training all pre-season with them so it's good to get on the field finally and looking forward to getting out to Mudgee next week now (for the Charity Shield clash against the Dragons)."

Of his own big-minute stint, Burgess said there was no specific plan around it but once he got out there and was feeling comfortable he ended up with a bigger role.

"We didn't have a massive plan going into it, we just said see how it goes, see how the game goes, get that stint in that first half," he said. 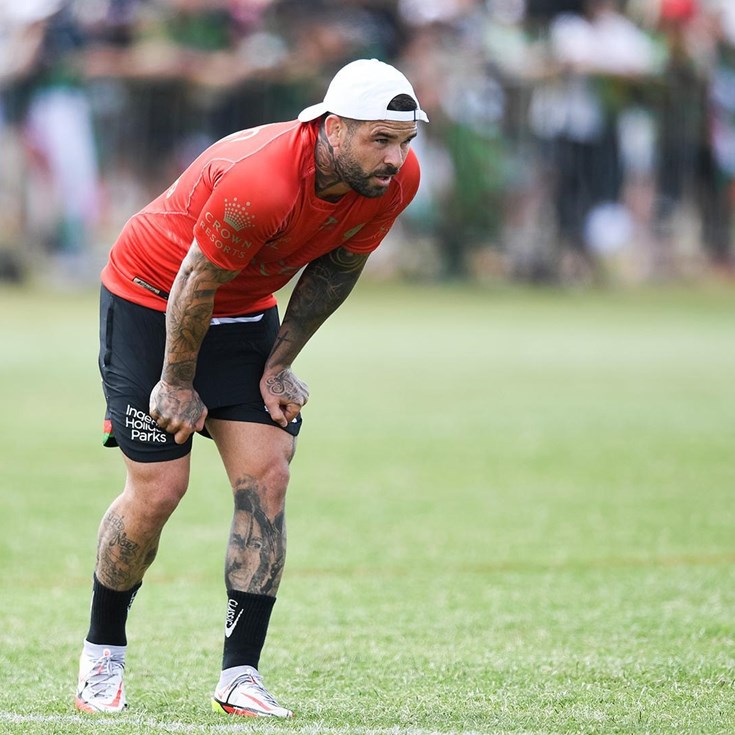