As you'll see below there are a lot of quality NRL Fantasy options in the back row in 2020, with plenty of value on offer plus a host of established guns.

Casual fans and Fantasy die-hards are equally excited about the prospects of Fifita, one of Brisbane's breakout stars of 2019 whose numbers are likely to improve this year. His game time and Fantasy scores took a leap in the second half of last season, when he averaged an excellent 59 points from 73 minutes per game. Even if he doesn't match those numbers he looks tremendous value considering he's priced as a 47-point player this year.

The only back-rower who is a legitimate captaincy candidate for your team at the start of the year, Taumalolo is priced as a 60-point player yet averaged 61.7 last season (and 64.4 when you take out an injury-affected score of 17 in round two). That means he can match the highest-scoring hookers and could go close to matching $999k Fantasy king Payne Haas. At $874k, he's an affordable alternative to Haas and co if you're looking for an alternative skipper.

A ball-playing lock who starred for Newtown in last year's Canterbury Cup NSW title win, and set up the winning try for Newtown against Burleigh in the NRL State Championship on NRL Grand Final Day, it's no surprise to see Magoulias being among the most popular options at a cheap $246k. The retirement of Paul Gallen helps his cause, although he still may need to make an impact as a bench player in order to notch significant scores.

Trbojevic has scored better than 50 points a game in each of the past four seasons, but his average dropped below 55 last year after scoring close to 58 points a game in 2018. He's rock solid but unlikely to improve significantly at this stage so you may be better off spending more on Taumalolo or looking at cheaper options.

After a couple of promising seasons Murray made the Rabbitohs No.13 jersey his own last year and immediately became a Fantasy gun, averaging more than 56 points a game. He could be switched to an 80-minute edge role after the retirement of Sam Burgess, which would make him less involved even with more game time. My prediction would be he remains a mid-to-low 50s scorer, but there is probably more upside elsewhere.

The rate of improvement in Matterson's Fantasy scoring is very encouraging – in his four NRL seasons he's averaged 31, 38, 46 and 53. His sudden departure from the Tigers didn't make him many friends at that club but his arrival at a talented Eels team could pay dividends; Parramatta start the season with six games against bottom-eight teams and Matterson knows his way to the tryline and could rack up some big early scores.

Fisher-Harris's 43 tackles a game last year was the most of any non-hooker in the league, and he also ranked fifth among forwards for total runs. Those kinds of numbers make him a very reliable Fantasy player, who can score 50 points a game in base stats (tackles + run metres) alone. The flipside is JFH doesn't grab too many attacking stats which would propel his scores into the 60s, so while he's a great player to pick up at some point this season he's not among the elite captaincy candidates.

Titans workhorse Arrow had a season of three parts in 2019; he averaged 55 points from his first six games, then scored 44 and 30 between two injury-forced stints on the sideline, then averaged 55 from the final five rounds. He'll be a strong scorer again this year but is priced accordingly.

Williams is the man tipped to replace Gallen as Cronulla's lock this season and is a similar kind of all-action forward, having averaged 32 in 37 minutes per game last year. If he maintains that scoring rate he'd make 42 points in 50 minutes or 51 points in 60 minutes, a great return for a player who starts 2020 with a break even of 32.

The retirements of Sam Burgess and John Sutton mean there are two back row spots up for grabs at the start of the new season. At this stage it's expected Liam Knight could move to lock with Cameron Murray switching to an edge, leaving one more starting spot. Former Bronco Su'A and recent Maroons debutant Lowe are the contenders, and either would be a bargain with break evens of 28 and 30 respectively.

Two more potential bargains – on the proviso they get a starting spot. Stimson is a new face at the Bulldogs after getting limited game time at Melbourne last season while Hess is a former Queensland wrecking ball who lost his spot in the Cowboys' top 13 last year. Both are solid 40+ scorers when they get significant game time but won't be worth trading in as bench players, so will be names to look out for on the first Team List Tuesday. 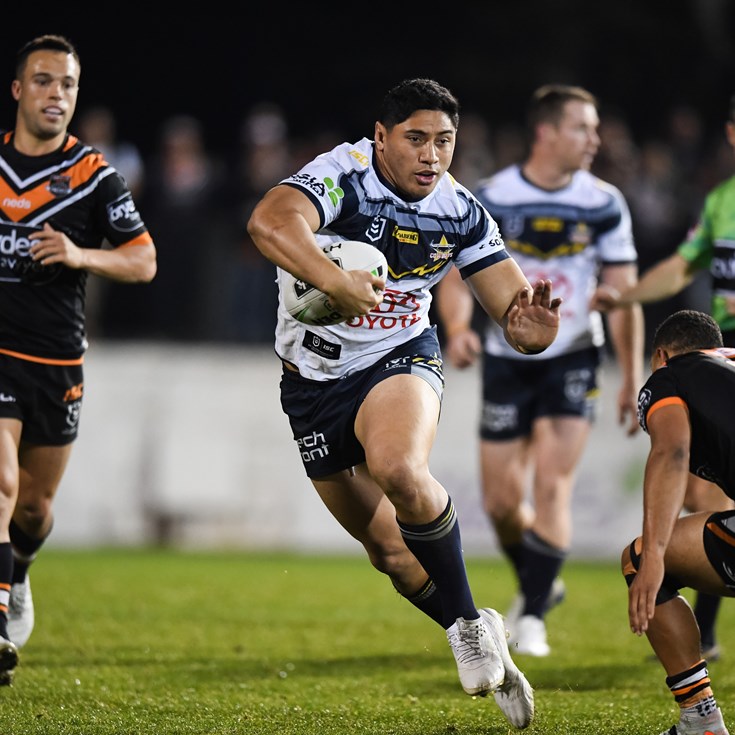