Twenty years after he joined 80,000 others in marching to have South Sydney return to the NRL, Adam Reynolds is now arguably the most important player at Redfern.

Reynolds was appointed the club's captain for the 2020 season on Tuesday after the retirements of Greg Inglis, Sam Burgess and John Sutton last year.

Among the guests at the announcement at Redfern Oval included Inglis, Reynolds' family of five and the entire Rabbitohs NRL squad.

It was a monumental moment for Redfern-born Reynolds, the 183-game veteran who is entering his ninth season at the only club he has ever known.

"I grew up across the road from Redfern Oval in apartments on Elizabeth Street and always wanted to play for Souths, so to have the chance to captain the team is amazing," Reynolds said.

"As a kid you always dream of it, whether or not I believed it would happen was a different story. It's going to be a lot of hard work but one I'm looking forward to it.

"I've always hoped that I would be considered for the captaincy so to have this opportunity is a dream come true. It's an absolute honour to be named captain of this club.

"Growing up and seeing the history of the club you've just got to walk through the hallway and see all the names that mean so much to this community."

For Rabbitohs coach Wayne Bennett, the decision came down to Reynolds' upbringing and history as a local junior.

Joining Reynolds in the 2020 leadership group are Cody Walker and Damien Cook – two representative players who were also vying for the leadership role.

"I can understand why coaches have two or three captains because it's hard to make a decision, but I'm not a fan of that," Bennett said.

"Someone's got to own it and be up front and centre with it. The thing that swung me in the end was that Adam was born here, has played his whole career here and I thought that was significant.

"It means so much to him personally."

Bennett likened Reynolds' influence on the squad to that of former Broncos halfback Allan Langer with his cheeky ways and methods set to continue with the "c" next to his name.

"They've got similar personalities, not quite as bad as Alf but when they're like that they're happy," Bennett said.

"Alf had a big influence in my career the way he could mix humour with being serious. Adam is a menace, that won't change.

"He's got a great sense of humour and that's one of his strengths as well, that he can get the balance right and not take himself too seriously.

"I don't think they're much good, halfbacks, if they're not cheeky. They have to be. They make you laugh and take a lot of tension out of the room sometimes." 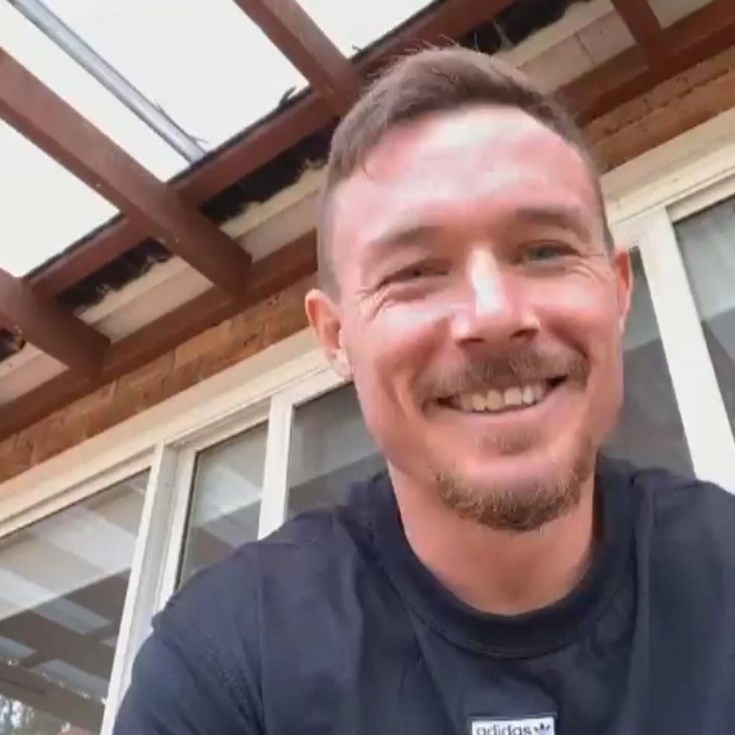