When a 22-year-old Apisai Koroisau headed from Souths to Penrith in 2015 with 14 NRL caps and a grand final ring to his name, he was a quiet kid.

Too quiet, by his own admission. He didn't assert himself on a team with plenty of veteran names and didn't really mingle with the players outside his own circle.

Some of those players – like now-teammates Nathan Cleary and Jarome Luai, who were then kids in the under-20s – he barely remembers for that reason.

Now 27, with 107 NRL games and 12 Tests to his name, he is a completely different player and ready to be the glue that binds a young Panthers side together.

"Last time I was really quiet, didn't really bother anyone, was just happy to be here," Koroisau said.

"There was a leadership group here and I just sort of stuck to my own guys but this time around it's a lot different. It's a lot more incorporated, everyone's so much more together as a team. I'm excited to be here and really keen to play some footy."

There are few familiar names for Koroisau; besides coaches Ivan Cleary, Trent Barrett and Peter Wallace there are just three players from his previous stint still at the club.

"I was pretty quiet when I was here last time as well so a lot of the younger boys I didn't really meet either.

"I'd only played a handful of games when I came here in 2015 and to be here now after another four years in between has made a world of difference for myself and I reckon I've grown so much in that time as well. Definitely a massive difference."

Back in 2015 Koroisau was shuffled between the bench, hooker, five-eighth and even halfback as dictated by injuries to senior players like Peter Wallace, James Segeyaro and Jamie Soward. This time he is the No.9 and set for a big-minute, big-influence role in the side.

"I haven't been this excited to play footy for a while," he added, describing his return as "a weird sort of feeling" – in a good way.

"New environment, really young guys excited to get out there and play. I just want to feed off that young energy really. It's been a while since I've been around such a young squad."

In the time since Koroisau left, Cleary has evolved from the coach's son who was scoring plenty of points in under-20s to a five-time Origin halfback and club captain-in-waiting.

"He's experienced, he's won a comp, he's exactly what we needed in the middle there.

"He's been really good in the pre-season with all the young guys. I think he's one of the craftiest hookers in the game and very underrated so definitely looking forward to playing with him."

With premiers the Roosters coming to visit Panthers Stadium on Saturday night, Koroisau welcomed the chance to open the season against the best club in the world.

"It's a big challenge obviously but the vibe around here, everyone has been so keen for it," Koroisau said.

"We want to test ourselves this year, we want to know we can beat the best and be the best so what better way to start off than against the world champs?

"Round one here at Panthers Stadium is going to be massive. We hope we can get all the fans out there this weekend to get behind us, we feel like we're going to need them." 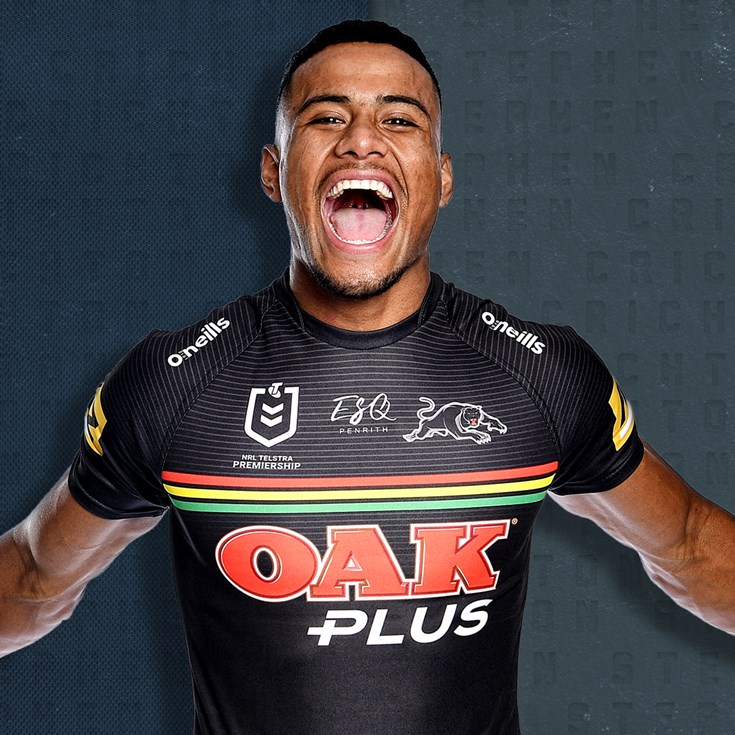