Panthers playmaker Jarome Luai feels no pressure stepping into the very big shoes of departed veteran James Maloney, saying he's done the work to give him the confidence he's ready.

Luai has played 17 games over two seasons – largely off the bench with a few starts in the halves – but heads into 2020 as a first-choice playmaker for the first time.

The fact that he does so alongside long-time teammate Nathan Cleary will help but it's a big off-season that has Luai confident he is ready to step into the five-eighth role full-time.

"I'm feeling confident that I've done the work and had a good pre-season," Luai said.

"I know my role and know what I need to do for the team and all that's left to do is get out there and compete hard and I'm ready to do that.

"No pressure … I think I've done my work behind Jimmy. He's taught me a lot of things over the past couple of years that he's been here. I'm really confident that I've done the work. All that's left to do now is go and play so I'm excited."

Having Cleary there, though, will help.

"I've been there with Nath and pretty much done it all before," he added.

"We've got a combination there, we know what we're doing."

Luai came through the grades alongside Cleary and is in fact a couple of months older. But while the prodigious Cleary has four full NRL seasons under his belt with 79 caps, Luai has just 17 games over two seasons as he's had to bide his time behind Maloney – an apprenticeship he said he's happy for.

"I had a few conversations when Gus (former Panthers supremo Phil Gould) was here and he said I might have to do that and I was keen to do that," Luai said.

"Jimmy was probably one of the best halves for me to learn off. He was really good in areas I wasn't really good at and that's where I learned a lot off Jimmy. I bided my time and I'm grateful that I've done that. I feel like I'm ready and I can't wait to go."

Luai also welcomed the challenge from emerging half Matt Burton, who is in the club's top 30 this year.

"You always need that, it keeps the club healthy," Luai said.

"Burto's right up my arse man, and I need that. I need to perform well to keep him out of that spot. I'm grateful for Burto as well."

Cleary had full faith his junior halves partner was ready to step up as first-choice NRL playmaker.

"We've known each other for a while now, we've been playing together since under-16s so it's good to line up with him again and good to see him finally get his opportunity," Cleary said.

"He's been waiting in the wings for the last two years getting a game here and there but he finally gets an opportunity to show everyone what he's got and I'm looking forward to playing with him." 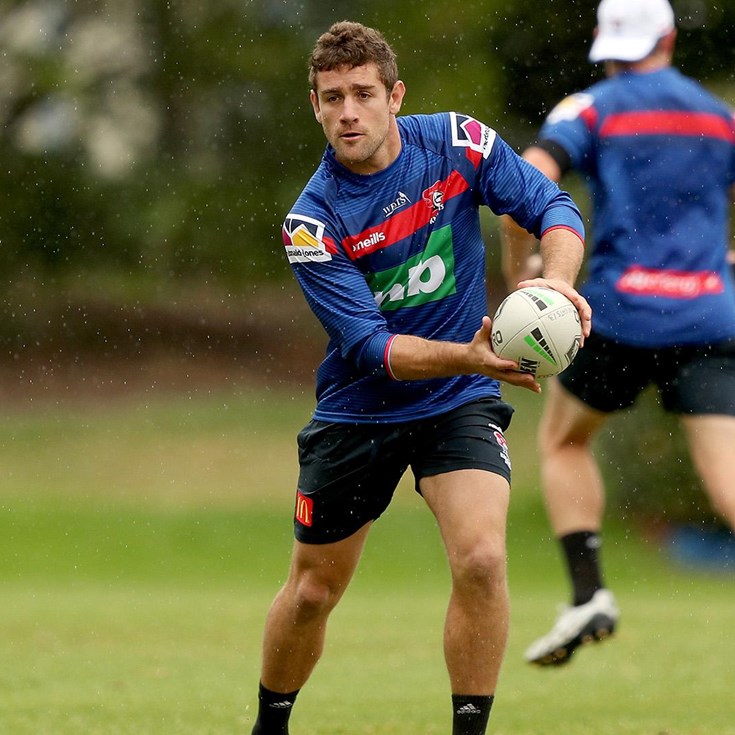