The Tricolours face an equally desperate Manly side at neutral venue Leichhardt Oval on Saturday after surrendering their third round one loss in as many years to start the season.

While agreeing the loss could be a good omen having won back-to-back titles in October, it was the side's usually consistent effort areas that left Friend most concerned after the premiers skipped out to a 12-0 lead against the Panthers.

"It's not something we want to make a habit of and enjoy, obviously we want to win every game," Friend said.

"We got beat around the ruck and were a bit scrappy. It was disappointing to start the season but we've been there and did it last season.

"We talked about starting fast and missed our mark. As long as we can fix that up this week then I'm sure all the coaches will be happy at the club."

Friend insisted the spine required more game time to link together after Roosters coach Trent Robinson was left disappointed by his playmakers' last-play options in the season opener.

"Kyle [Flanagan] has been really good. I thought our kicking was not where it should be and that's on myself, Luke and Kyle just to nut that out," Friend said.

"It's going to take time, we've had time at training but you've got to put that into games. The more games they play the more the spine will get better."

Meanwhile, the Roosters have implemented body temperature testing for every player and staff member that enters its Moore Park offices in their bid to combat any coronavirus fears.

Roosters veteran Mitch Aubusson confirmed the club had implemented tight guidelines around the access of visitors and staff with mandatory temperature checks every morning.

Any person who tests more than the average body temperature of 36-37 degrees will be turned away.

"We're taking all of the precautions, we're being well looked after here and are making our work place a safe environment," Aubusson told reporters on Tuesday.

"I think the group is strong willed and coming together well. I think the precautions that are in place have been really good by the NRL and Roosters."

The shift to Leichhardt Oval on Saturday afternoon will be played in front of only a handful of staff and broadcasters.

It will be the first time the defending premiers have played at the venue since 2014.

"We've done a little bit of pre-season training there so we're comfortable to play there," Aubusson said.

"We know it well and have had some tough sessions there. It's a ground, it will be empty but the grass is green and the sidelines and goal posts are there. We'll just get on with it." 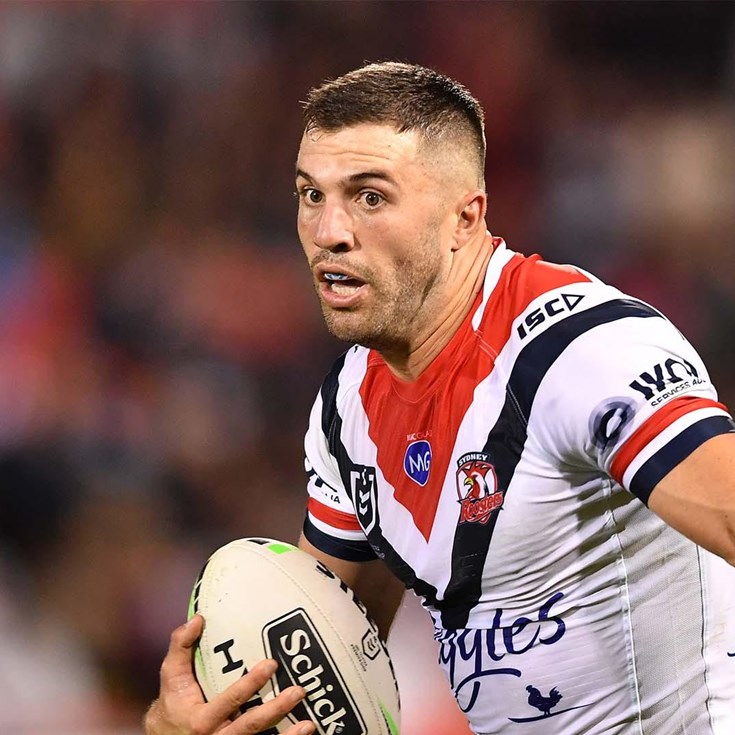