Help is on the way for the undermanned New Zealand Warriors, with four more players touching down in Australia on Wednesday night with a view to joining the squad in camp once their 14-day isolation period is complete.

Utility back Gerard Beale as well as forwards Jazz Tevaga, Agnatius Paasi and Josh Curran – who all missed the round one loss to Newcastle due to injury – will begin their fortnight in isolation on Thursday, meaning they won't be available for selection until round four at the earliest.

Even then there's no gaurantee Beale or Tevaga will be fit to play, with both players still continuing to recover from off-season surgery.

Warriors CEO Cameron George said despite uncertainty remaining about the immediate future of the Telstra Premiership in the wake of the coronavirus pandemic, the club had little choice but to get the players across the ditch to begin the isolation process.

"We have got to get them over there because if we don't get them into that 14-day cycle, obviously every day that goes by we put them back," George said.

"The sooner we get them there the better we are in terms of some depth.

"They might have to come back straight away and go into isolation [in New Zealand] again, who knows."

The six-person group, which includes a club physio and trainer, will be holed up at secret location in New South Wales that is fully equipped to allow them to train without leaving the premises.

RTS ready to move on

With only 24 fit players on hand right now – four of whom sit outside the club's top 30 NRL list – George said he is anticipating the Warriors may need the new players to go straight into the team to face the Tigers in round four.

"They have got to be ready to play, if we are playing on, as soon as that 15th day hits," George said.

"They have got to be trained in really game-like scenarios over the next 14 days.

"There's only four of them… two on two [drills] will be good fun."

Following the suspension of the Canterbury Cup and Intrust Super Cup this week, the club have also deployed recruitment guru Peter O'Sullivan to look at players from those competitions who could potentially join the Warriors on loan for the time being.

Round 2 - Crichton, McGuire and Dugan named to return

Meanwhile it appears the Auckland-based franchise are warming to the idea of remaining in Australia beyond Saturday's clash with the Raiders, after initially being reluctant to commit.

On Tuesday club owner Mark Robinson told the Sydney Morning Herald that the club's players were happy to stay as long as the competition is running, and George said the mood in camp on Wednesday morning was more relaxed and positive.

"I think they've sort of got themselves back into that groove and it's helped them sort of sit back a bit and not worry too much about what's happened," George said of the players and staff.

"[Staying] is the desire. It's just making sure that we get everything we need from the NRL in order for us to continue as best we can in unique circumstances.

"If we can work together as a group and get to the end of that mine, and get a fair bit off the NRL in terms of support, it could be a bit of fun for a few months." 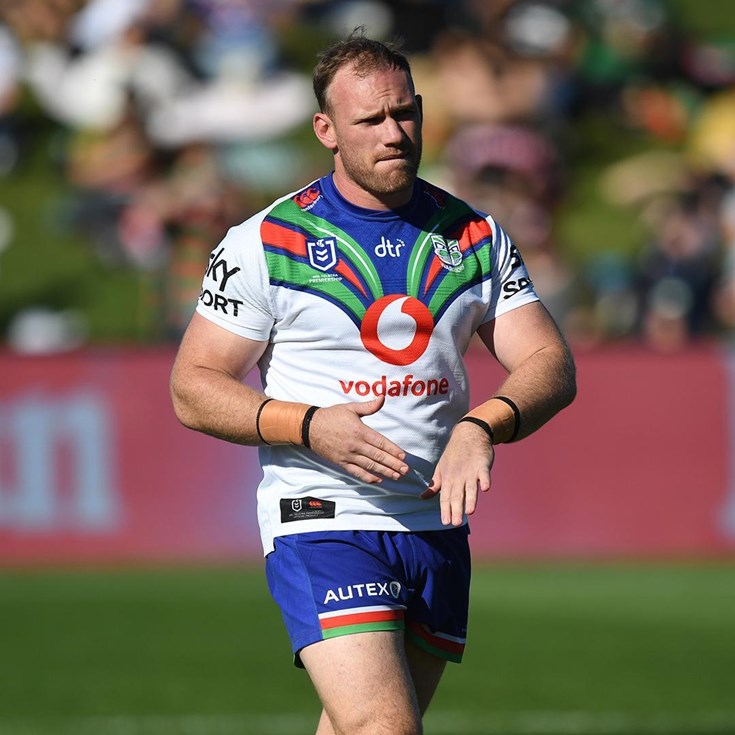