Plenty of players enter the NRL with potential, but only a handful of them realise and then exceed those expectations.

It can be a difficult task for a youngster cutting their teeth in the game, but Broncos prop Payne Haas has made it look frighteningly easy.

Big things were expected of him when he made his debut against the Rabbitohs in 2018 as an 18-year-old, but a total of 97 running metres from just three appearances that season left some judges on the fence.

He then missed the start of the 2019 campaign due to suspension which only added to the speculation, but a ferocious return to action ended the debate as he produced numbers usually reserved for the best in the business.

It’s why South Sydney players are on high alert for this Friday’s blockbuster at Suncorp Stadium as they try to contain a man mountain who tore them to shreds when they last met in 2019.

“You have to stop him in numbers. You’ve got to make sure you’ve got good line-speed and defend him together. A staggered line gives him room to move because his footwork is too good,” said hooker Damien Cook.

“He’s got great footwork and speed so we’ve got to make sure we do a good job on him. We respect that he’s a great player but we’ll go up there and take it up to him and their pack.”

The NSW and Australia prop was the only forward to make 200 metres last week as he stood up with fellow big men Matt Lodge and Joe Ofahengaue on the sideline. He’ll have to aim up again with Tevita Pangai out suspended, and his opponents are eager to take him on.

“They’ve got a good forward pack full of big boys, but we’ll take it to them,” said Rabbitohs prop Junior Tatola, who produced the game of his life in round one  with 199 running metres.

“They played well against the Cowboys and we can’t wait for them. Seeing how well those young guys are going (definitely makes me hungrier).”

To read more, pick up your Big League from all good newsagents, supermarkets, the ground or magsonline.com.au/big-league 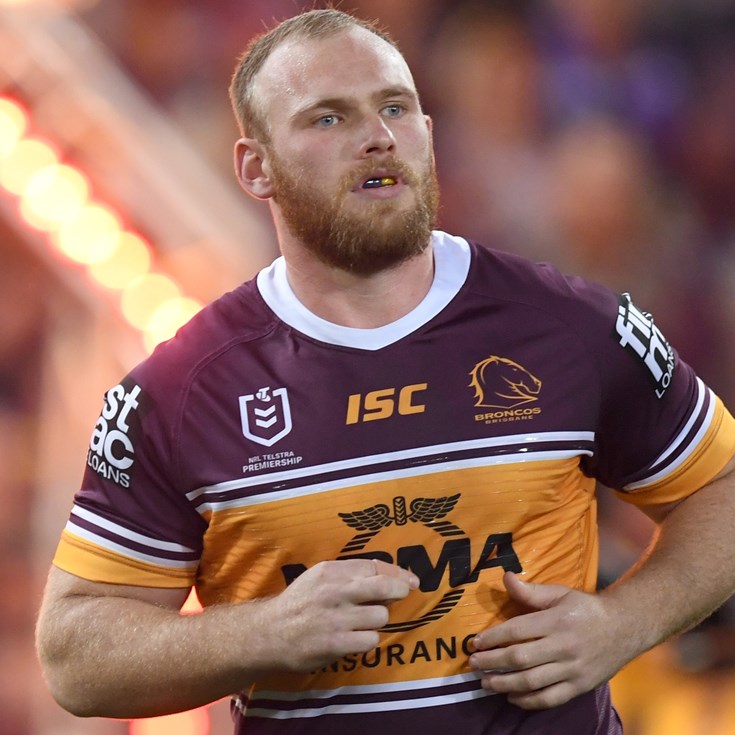