Melbourne flyer Josh Addo-Carr holds the mantle as the quickest player in the game but he was facing a familiar challenger to his throne prior to the NRL's indefinite suspension earlier this week.

Addo-Carr topped the speeds in round two of the Telstra Premiership to reach a maximum of 36.8km/h against Cronulla in Kogarah.

The 24-year-old's all-time record sits at 38.5km/h, which he set last year against North Queensland in round five.

Of the four players that finished behind Addo-Carr on the list in round two, none of those players featured in the top five in the previous week.

Gold Coast Titans winger Phillip Sami came close to Addo-Carr in round two when he hit a top speed of 35.7km/h against Parramatta.

Sami memorably ran The Foxx down last season to save a try at AAMI Park and looms as the NSW and Australian winger's biggest threat for the title of fastest player in the Telstra Premiership.

Elsewhere, Roosters halves Kyle Flanagan (9.6km) and Luke Keary (9.5km) finished on top for the maximum distance covered after they were both in the top five a week earlier.

Opposite number Daly Cherry-Evans and Sea Eagles teammate Reuben Garrick finished alongside Keary on 9.5km, proving there's not a lot of difference, if any, to the ground covered by a winger and halfback during a game.

In the high speed efforts category, which measures when a player reaches more than 20km/h, only Tom Trbojevic finished in the top five for a second consecutive week.

Storm fullback Ryan Papenhuyzen finished on a season-high 36 efforts in the clash with the Sharks after a stirring performance that included 23 carries and 81 kick return metres. 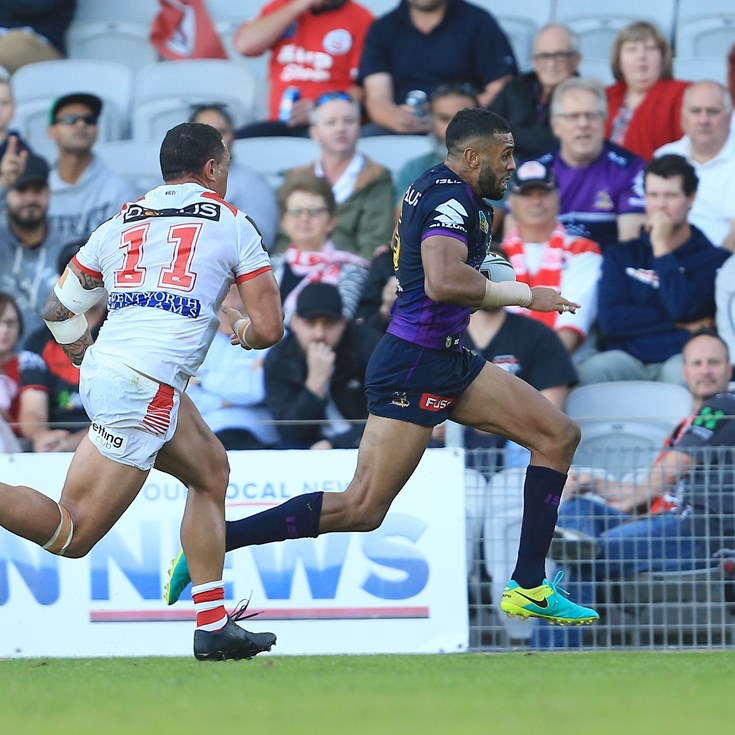 Addo-Carr says Melbourne stronger than in 2019