Bulldogs pair Jayden Okunbor and Corey Harawira-Naera have had their contracts deregistered by the NRL over their off-field behaviour during the club's pre-season game in Port Macquarie.

NRL CEO Todd Greenberg said the NRL’s decision to tear up their contracts sent a clear message on the game’s expectations of its players.

"The behaviour of both players was inexcusable and a very serious breach of the code of conduct," he said.

"The game will not tolerate such conduct and as such both players have had their registrations cancelled.

The behaviour of both players was inexcusable.

"This decision should send a very clear message to all players of our stance on such behaviour."

News of Okunbor and Harawira-Naera's indiscretions rocked the Bulldogs in the week of their season-opening game against Parramatta, costing them a lucrative front-of-jersey sponsorship with the Rashays restaurant chain, with another backer in MPA also withdrawing its support on game day.

The families of the girls involved will continue to receive support from the Bulldogs and NRL.

Neither Okunbor or Harawira-Naera were the subject of any police investigation.

Canterbury's statement described the players' conduct - after they had been to a school visit with the club - as demonstrating "an unacceptable lack of respect for their teammates, their coach and club officials, our hosts in Port Macquarie and fans of the game everywhere".

"An important part of the role of being a professional rugby league player is to promote the game and act as an ambassador for your club and the code," according to the club statement.

"There can be no tolerance for any abuse of the privileged status the game affords its leading players.

"The consequences of this matter have been serious and far-reaching and protecting the welfare of the young women involved has been a priority for us since we were first alerted to this issue.

"They have, unfortunately, been the victims of some distasteful social media attacks which are not called for and need to stop. We have been in regular contact with them, their families and their school and we will continue to offer ongoing support moving forward."

Okunbor and Harawira-Naera have been offered welfare support by the Bulldogs and NRL, as well as the RLPA.

Kiwi international Harawira-Naera arrived at Belmore last season from Penrith on a three-year deal that tied him up until the end of 2022.

Okunbor re-signed until the end of 2021 after making his first grade debut last year.

Canterbury's club culture has come in for criticism with the incident dominating headlines prior to the COVID-19 pandemic putting the competition on hold.

The Bulldogs statement stressed the club's "united" view is a "firm line must be drawn" on club values and player behaviour.

"We want to assure our members, partners and supporters that we have outstanding people at the Bulldogs who are working harder than ever to make sure anyone associated with our club understands that we have a culture that we all live by and that this type of behaviour will simply not be tolerated." 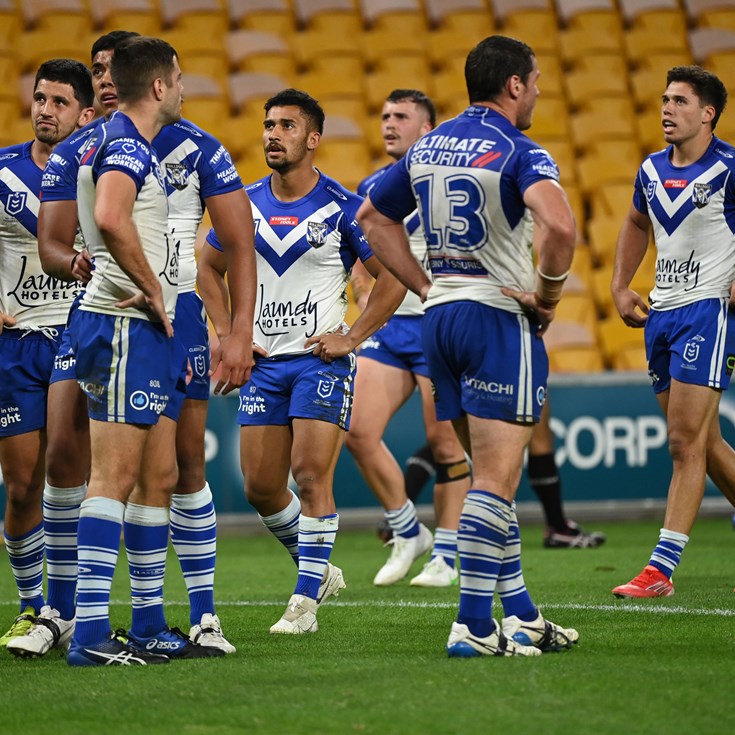 Harawira-Naera, Okunbor stood down by Bulldogs

Stat Attack: Bulldogs happy to complete but unable to capitalise