Injured Jillaroos forward Holli Wheeler says Australia's leading female stars would be more than happy to play their scheduled standalone State of Origin clash as a double-header with a men's game this year, if necessary.

Wheeler has been part of the Jillaroos' past two international Test match victories over the Kiwi Ferns when both matches were played before the scheduled men's fixtures at season's end.

While the players, staff and governing body have worked hard in recent years to give the women's game its own brand and identity, Wheeler said her NSW teammates were willing to accommodate to the short-term change if it meant they remained included on the representative calendar.

The future of the 2020 interstate match, scheduled for June 19 on the Sunshine Coast, remains in the hands of the NRL and ARL Commission - a decision is expected to be made on its fate as early as this week.

"I haven't spoken too much in-depth with the girls but I know they just want to play," Wheeler told NRL.com.

"If it's before the men's game this year then so be it and they'll enjoy that opportunity and no doubt thrive off that and put on an amazing game.

"They don't care when or where, they'll do it well. You could put us on the back field in a country paddock and we'll still play.

"We're really hoping something can be sorted for us and we're included whenever the game may be played."

Although Wheeler won't be available to play for NSW as she continues to recover from a ruptured ACL suffered while playing for the Dragons in the NRL Nines tournament, the 30-year-old has been told by Blues coach Andy Patmore she would remain part of the planning framework.

Her long-term goals are far more valuable – she wants a spot in Australia's World Cup squad for the 2021 tournament, which would be her first.

"Unless there's an absolute miracle with my recovery I don't want to push myself this year," she said.

"They say nine months is ideal for an ACL injury and I have to look forward and put my priority into the 2021 World Cup squad.

"Missing Origin would break my heart but at the same time I want to be greedy and not risk coming back too early."

Wheeler is a late bloomer to the women's game, beginning at club level in 2017 before making her international debut 12 months later.

"To have the taste of international footy and wear that jersey is something I don't want to look too far into the future but form and fitness is the key there," Wheeler said.

"I remember my debut in New Zealand in 2018 where Steph Hancock spoke about wanting to retire the year before and she got quite teary holding the jersey during our presentation and said I just can't put it down.

You could put us on the back field in a country paddock and we'll still play.

"I could feel the second I put my hands on the jersey I didn't want to put it down. I'm not looking too far ahead but I have to have a goal in mind. It will make all the tedious and crappy days all worthwhile if I can picture myself in 2021 with that World Cup trophy."

A change of position could also be in the frame for the Taree product, with a shortage of front-rowers at the Jillaroos' disposal following the international retirements of Steph Hancock, Ruan Sims, Elianna Walton and Rebecca Young.

"I've spoken to Brad [Donald] and Feens [Jamie Feeney] around where they see me and as much as I'd like to play in the second row they could give me jersey No.5 and I'd still do a job for the team," she said.

"I guess a bit like Jake Trbojevic with a ball-playing vibe is something that I'll look at. For that to happen I'll look to put a bit more size and muscle on over the next year." 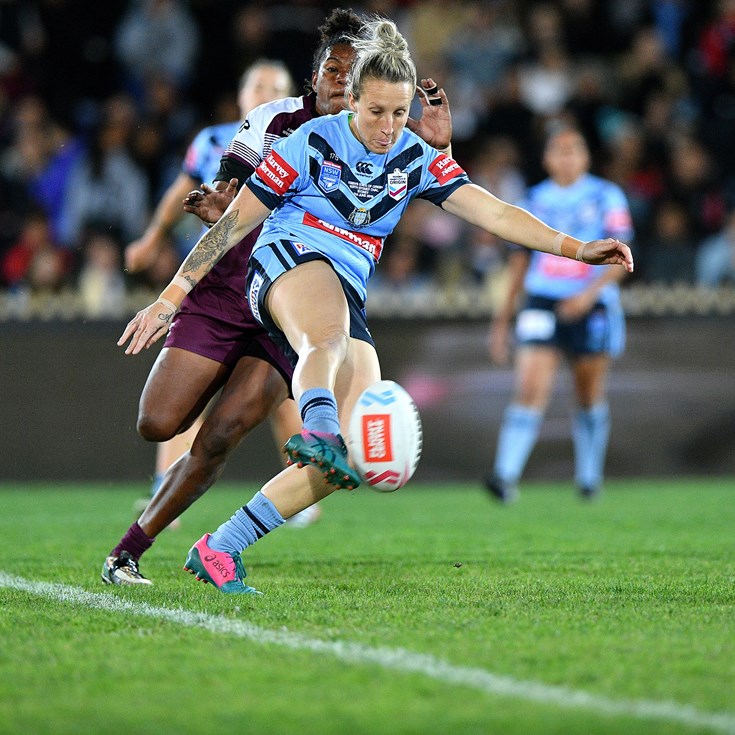 Loyalty runs deep for Wheeler in return to Dragons