Canberra’s 1989 grand final clash with Balmain is rightly remembered as one of the greatest, if not the best, in the history of rugby league.

But for veteran forward Dean Lance, just being at the Sydney Football Stadium on September 24, 1989, was a massive achievement after he went from starting the season as Raiders skipper to not only lose the captaincy but also his place in first grade.

Although Mal Meninga retained the captaincy for the rest of the season, tellingly he asked Lance to join him on the podium as soon as he was awarded the premiership trophy to acknowledge his efforts in also leading the Green Machine to their first title.

Lance was due to retire that day but had a rethink, along with ageless winger John Ferguson, and the two former Newtown Jets extended their careers into 1990 and retired with another grand final victory, this time an 18-14 triumph over Penrith.

Earlier that season, what was going to be his final season looked like ending in the reserve-grade ranks.

He was dropped by coach Tim Sheens after the Raiders lost in round 10 to Newcastle and returned three weeks later via the bench and then regained his starting role the following match.

Like their veteran back-rower, the Raiders were in the middle of a mid-season slump but they peeled off five wins in a row to sneak into the finals in fourth place before becoming the first team to lift the trophy from that position in the playoffs with another four straight victories.

"It was a fitness thing, I was a reasonably small back-rower and played around 90 kilos. In the off-season of 1989 I decided to try and get a bit bigger and stronger but not necessarily fitter so it didn't really work out," he said.

"I did it because there were some bigger players coming onto the scene and I didn't want to be left behind. I ate all the time – had a carb diet over the break and everything I saw I ate. I thought I trained hard and got bigger.

"I bumped up and anything over 90 kilos back then you struggled to get around the field. I was watching more so than doing as a captain. When there were things that needed to be done in the game I wasn't putting my hand up."

Sheens made the big call and in the end it paid dividends.

"Tim and I spoke about it and it was one of his harder decisions to make to drop a captain to reserve grade. But it was the kick in the bum I needed because I wouldn't have later played in the grand final," he said.

"It was the first time I'd been dropped in a team for fitness.

"I spent about six weeks there and got fit again to come back, thank God. I got back to 90 kilos and could run all day."

It was the kick in the bum I needed because I wouldn't have later played in the grand final.

His impact on the grand final was immense - a bell-ringing tackle on Balmain's big bopper Steve Roach early in the match which showed the Canberra pack may not have the credentials of their star-studded opposing pack but they were not going to let the Tigers stand over them.

Throughout their charge to grand final glory, the Raiders had been copping criticism about their lack of grunt up front.

Canterbury coach Phil Gould, whose team had lost to Canberra late in the season in Perth to end their title defence, had given the Raiders plenty of motivation to be plastered on their dressing-room wall when he claimed "they haven’t got the forwards to go on with it".

"They have a class backline that got them out of trouble tonight. They fly around with Mal Meninga, Laurie Daley, Gary Belcher, but their forwards leave a lot to be desired. They haven’t got the firepower, they can’t beat Balmain."

Hall of Fame prop Glenn Lazarus said Lance made a career out of being under-estimated by opponents.

"Dean is a wonderful guy and a wonderful player, just hard as stone and an unassuming guy. What he lacked in size he made up in technique and toughness," he told NRL.com

"In '89 he was wrapped in cotton wool for much of the season, he was struggling week-to-week and didn't train with us a lot.

"He wasn't a young bloke by any stretch at that point but he'd turn up every week to play and hold his own and he ended up having a wonderful year.

"And I don't think anyone will forget the hit he put on Blocker in the grand final. Blocker jumped straight back up because he's as tough as a brick shithouse, just like Dean, but that hit on a much-bigger player, that was Dean Lance and his leadership style to a tee.

"Mal might have been captain by that point but Dean was still integral to us as a team and winning that grand final."

The match itself is iconic - Canberra trailed 14-2 but came back with two late tries to force extra time and after an often-forgotten Chris O'Sullivan field goal to nudge in front, bench prop Steve Jackson wrote his name into rugby league folklore with an amazing individual try to seal a five-point boilover.

"Mal was captain when he came back after the 1989 [Origin] series but I still get asked if I was captain for the season and I say yes I was … although it was for only about three weeks," Lance recalled with a laugh.

"I used to still blow up after things would happen and get behind the tryline and throw my helmet down and blast them and then say for everyone to listen to Mal.

"We had good momentum going into the game. We came from way down in the top five to win. We were certainly underdogs and first-timers. We were there [on grand final day] in 1987 and learnt a lot of things, not to celebrate too early and to celebrate after you put the hard work in.

"Kevvie Walters had the ball and Clydey was there, I was only about six metres from them when the siren went.

"They just threw the ball up in the air and started bouncing up and down. I thought, 'shit, I'd better do the same.'

"One of the great things out of the game was Jacko's try. That was a spectacular thing to watch in the moment and now on replay.

"We were down 12-2 at half-time but Tim basically said just keep doing what we're doing and to not look at the scoreline. We ploughed away in the second half and it felt like it flew … suddenly we're 14-all."

Ending his career after the history-making 19-14 win over the Tigers in extra time would have guaranteed a perfect end to Lance's playing days but once the days of celebrations subsided, he had a rethink.

"I was going to retire after the 1989 grand final and announced it. Friends organised a retirement party and the whole thing," said Lance, who coached Canberra's lower grades, the Western Reds, Adelaide and Leeds after he eventually hung up his boots.

"I spoke to [Raiders boss] John McIntyre a little while after the season had died down.

"I was fitter than I'd ever been and knew the game better than I ever had.

"I'm glad I decided to play on another year because I went on to captain Country against City in 1990. I would've regretted to finished prematurely.

When asked how many times he's watched the replay of that last Sunday in September, 1989, he replied: "I wouldn't get much change back if I said 1000 times.

"People always reach out to me now and say the '89 grand final replay is on or was on the night before so it reels me into watch.

"It was great for Canberra as a city, it made us part of sporting history and from then on it's been terrific as a sporting capital." 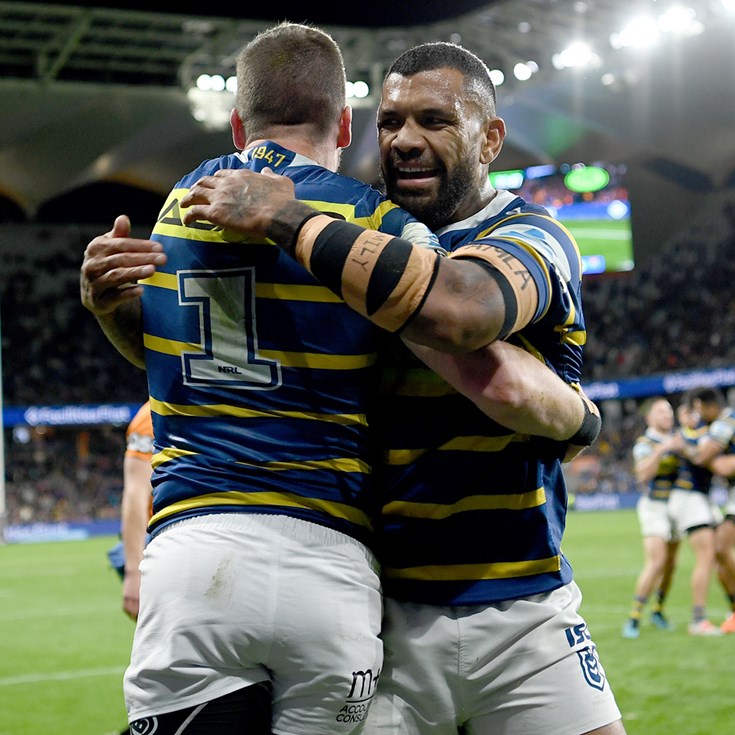