Cronulla and the Wests Tigers will both field new-look line-ups when they restart their season in round three.

The Sharks will welcome back Briton Nikora, and possibly fullback Matt Moylan, from injury, while Chad Townsend picked up a thumb injury at training but is little chance of missing the match. They will have to cope without Bronson Xerri who has been suspended after failing an ASADA drug test.

For the Tigers, co-captain Moses Mbye is over his knee injury while halfback Luke Brooks will also give them a timely injection of playmaking power alongside Benji Marshall.

Sharks: Andrew Fifita is a late withdrawal after failing to overcome a calf strain and his place in the starting side is taken by Toby Rudolf. A boost for the Sharks with Matt Moylan back from a calf injury to join the interchange bench. Connor Tracey and Royce Hunt were the two players dropped from the bench 24 hours before game time, with Billy Magoulias (No.18) moving onto the interchange.

Wests Tigers: The Tigers are 1-17 with Josh Reynolds and Michael Chee Kam dropping out an hour before kick-off. Second-rower Luciano Leilua has scored in both games for Wests Tigers. Matt Eisenhuth and Zane Musgrove were the two players left out on game eve. 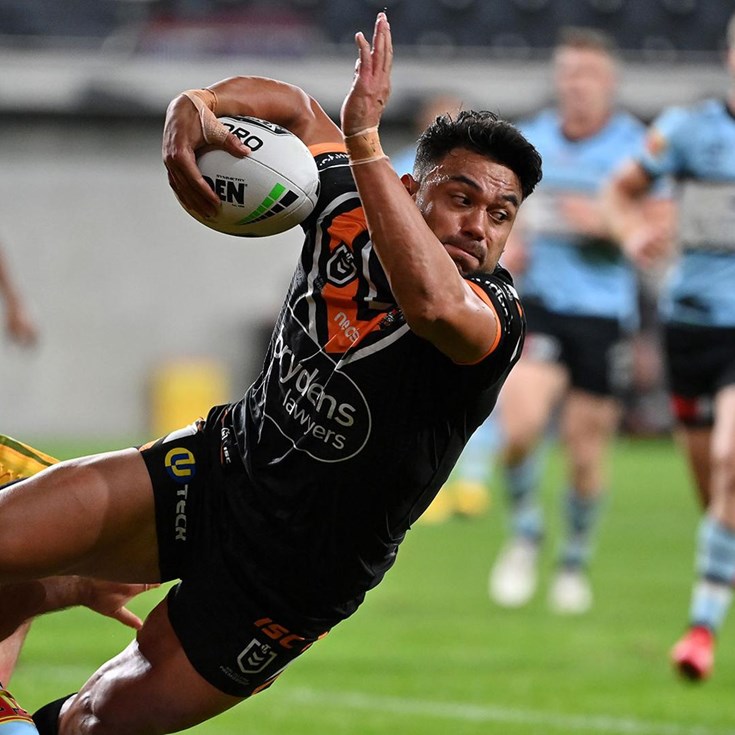 Graham places a kick for Dugan