Two of the NRL's premiership contenders will have plenty to play for when they line up in round three.

Canberra were impressive in knocking over the Titans and the Warriors to start the season and will be close to full strength after the two-month break due to the competition shutdown.

Melbourne got off to their annual good start with a win over Manly, followed by a tight victory over Cronulla. The Storm have relocated to Melbourne after a short stint in Albury.

Storm: The Storm are 1-17. Tui Kamikamica is out with a back problem but his absence is offset by the return of Brandon Smith, Christian Welch and Nelson Asofa-Solomona, who has overcome his hamstring issues. Tom Eisenhuth and Darryn Schonig were the first two cut from the extended squad 24 hours before kick-off while Ryley Jacks and Brenko Lee made way an hour before game time. The Storm are aiming for a 3-0 start for the seventh time in the past nine seasons.

Raiders: A late change for the Raiders with Jordan Rapana coming into the starting side on the wing and Michael Oldfield going to the bench. Winger Bailey Simonsson was ruled out on Friday with a minor leg infection. John Bateman remains on the sidelines after shoulder surgery. Kai O'Donnell was omitted on Friday and Matt Frawley and Tom Starling were cut an hour before kick-off. Canberra defeated the Storm twice at AAMI Park in 2019. 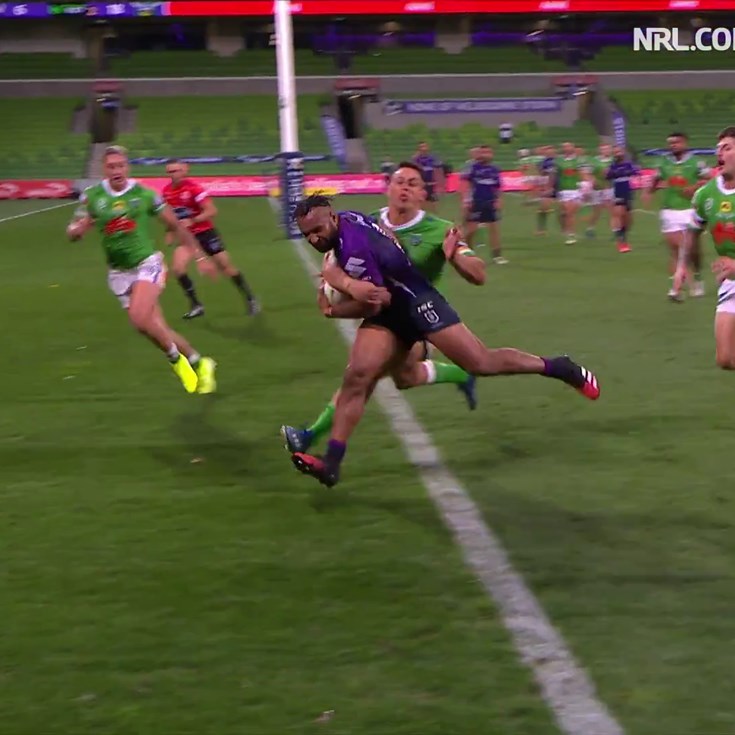 Williams stops Papenhuyzen in his tracks