Here is all you need to know about the Melbourne Storm's revised 2020 Telstra Premiership draw.

Melbourne will kick things off with two monster games at AAMI Park, against last year's grand finalists, Canberra - who beat them in the finals at that ground last year - then Wayne Bennett's Rabbitohs. The Storm then head north to face Newcastle on the Central Coast and Penrith at Campbelltown.

Raiders (Round 3, AAMI Park; Round 9, Campbelltown Stadium): Craig Bellamy and Ricky Stuart may be best mates, but Melbourne players must be starting to take a dislike to the men in lime green. They beat Storm at AAMI Park twice in four weeks at the end of last season (Round 22 loss 22-18 and then the qualifying final 12-10).

Roosters (Round 8, AAMI Park; Round 14, Venue TBC): Being tossed out at the preliminary final stage has only added to the angst Storm feels after losing the 2018 grand final to Trent Robinson's men. At Adelaide Oval in 2017 and 2018 the meetings between these two clubs were decided by a field goal, and then there's the fact they have traded the NRL minor premiership in the last nine years - Roosters have won it four times and so have Melbourre (the interloper being the Bulldogs in 2012).

Broncos (Round 11, Venue TBC): Since the Queensland Origin team has comprised plenty of Storm and Broncos players (eight in the Maroons 17 in 2019), there's always a little chest-puffing when these two sides meet. Even with Bellamy's former mentor Wayne Bennett moving on from Brisbane in 2019, a Storm-Broncos game still brings its own special level of feeling.

Sea Eagles (Round 16, Venue TBC): Even if these sides have already played this season, this is a match-up the players look for as much as the fans following on from the wild scenes of 2011. Yes, it was a decade ago but it underpins anything these two clubs mean to each other. Last season Manly won 11-10 at AAMI Park in Round 19 but then got walloped at Lottoland five weeks later, with Justin Olam scoring a hat-trick in the 36-6 victory. Melbourne kept their superb round-one record intact with a win in Manly back in March.

Wests Tigers (Round 19, Venue TBC): For whatever reason the Tigers have been able to threaten Melbourne in recent years. The Storm held them off 24-22 in a tight battle at AAMI Park last year and were beaten by the Tigers twice the year before. This match a fortnight before the finals begin could present another potential banana peel for Melbourne.

From mid-August the Storm have a run of four blockbuster games, including three in Sydney. In round 14 they visit two-time champions the Roosters, then the resurgent Eels, before a return to Melbourne against arch rivals Manly and another trip to Sydney to face the Rabbitohs (on a short Sunday-to-Friday turnaround). 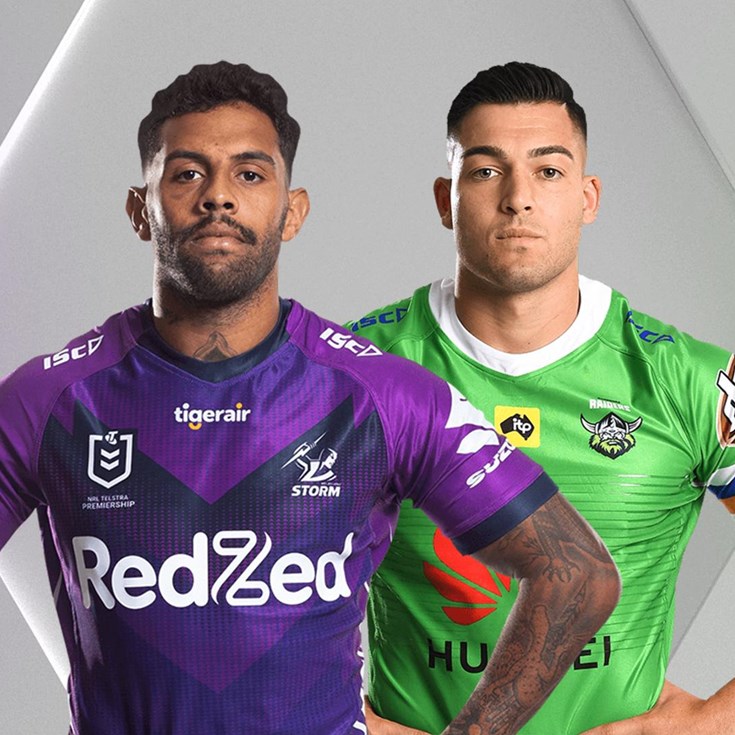