Ali Brigginshaw said it's up to the players to put on a quality show now the women's State of Origin clash has been rescheduled for November 13 while remaining as a standalone event.

Defending champions NSW were due to travel to the Sunshine Coast next month in a bid to defend their title against Brigginshaw's Maroons until the COVID-19 pandemic put preparations into disarray in March.

However, the NRL's announcement on Thursday that the women's fixture would go ahead was welcome news for Brigginshaw and respective Origin coaches Jason Hetherington and Andrew Patmore.

"I think it's awesome for it to be confirmed and to have it live on a Friday night on Channel Nine after the men's second game, there's some relief there," Brigginshaw told NRL.com.

"It's on at the perfect time and now it's up to us to put a quality game on like the past couple of years especially if we haven't played as much leading into it.

"Hopefully this is the start of the rest of the calendar being answered soon. If we can get some clarity around what the season looks like and whether or not the NRLW goes ahead it will set the Origin game up well.

"I'm sure all the girls feel the same way."

Everything you need to know about the 2020 draw

The future of the NRL's elite women's competition – the NRLW – continues to be discussed as part of the game's revamped broadcast deal.

NRL acting CEO Andrew Abdo reiterated the NRLW was part of negotiations with broadcast partners at a media conference on Thursday with the outcome set to have an impact on both Origin coaches' plans.

Abdo met with leading NRLW players on Thursday morning with talks between both parties described as positive.

"The women's pathway and the women's competition remains a priority for us so it's really exciting that we're able to announce today a women's State of Origin game," Abdo said.

"Work continues with broadcasters, clubs, and with the playing group over what a premiership season might look like this year.

"We're not in a position to announce anything at the moment but the women's game remains a priority for us."

NSW's major state competition – the Harvey Norman Premiership – is expected to resume in July in a shortened season as part of community rugby league's return, but Queensland's equivalent – the inaugural BHP premiership – was scheduled to finish up last week.

"The biggest challenge emotionally is playing at the end of the year," Maroons coach Hetherington said.

"There will be some management behind that and with our selections and what the girls get to play between now and then.

"We've got some planning to do but this is a great step that the girls have got the go-ahead.

"We've always said they have to stay in shape but we'll sit down and nut out a process on how we select this side and what's involved around it."

Patmore's selection planning is likely to centre around the NSW competition if the NRLW were not to take place.

"The NSW Harvey Norman competition has always been supported and that's never been in doubt so for our girls they'll have something," Patmore told NRL.com.

"We had our squad down to 27-28 but have those girls been training in this break, are they up to where they were?

"We'll have to assess those things and go from there. But certainly, from our perspective it benefits us with a few players injured that should be available now."

Hetherington and Patmore remained supportive of the game being played on the Sunshine Coast but were not concerned if it needed to be moved elsewhere.

"Hopefully we can keep it on the Sunny Coast and the girls get the opportunity to play in front of a vocal Queensland crowd, but in saying that North Sydney Oval has been a great venue so we will do whatever we have to," Hetherington said.

"It would just be nice to see them play in front of their friends and family after travelling down to Sydney for the past few years.

"But the main thing for us is that we're still standalone and we can cut our own path which is good. It's exciting for the girls that they can get a game and we can start planning with a date in mind."

Brigginshaw held out some hope Queensland would remain hosts for the first time since they last held interstate bragging rights in 2015 but said reclaiming the women's Origin shield presented a far greater focus.

"I'm confident that our Queensland team can beat NSW," the Broncos playmaker said.

"We've got youth coming through that will help and if we can get a few games under our belt leading into it we won't be far off."

After undergoing two rounds of surgery on her ankle during the season's hiatus, Brigginshaw is on track to return for the second half of the year. 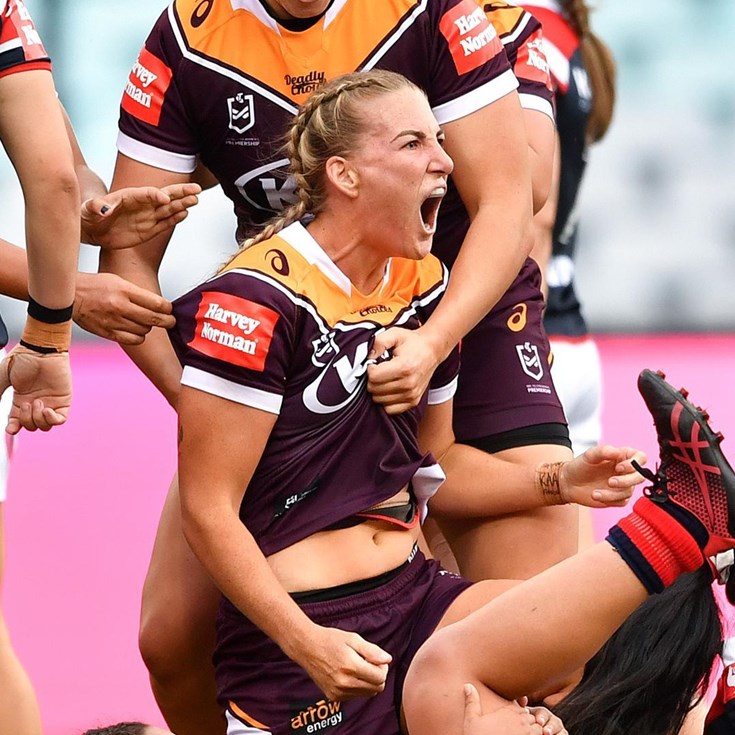