With Walker out for two weeks due to an off-field incident, the former Eels and Broncos lower-grader gets a long-awaited NRL shot.

"He's a cool, calm and collected sort of kid, doesn't really talk too much, he's a bit quiet but once he gets out there on the field he's a different beast, probably a bit similar to Cody Walker," was Reynolds' assessment of the 22-year-old playmaker.

"I'm excited for him to get his first jumper and excited to get out there and get a game with him. His running game is his strength for me.

"He's dangerous when he takes the line on, he's got a good show and go.

"He's got nice hands as well, left-footer, nice kicking game, he'll take a bit of pressure off me. I'm just excited and looking forward to getting out there and playing with him."

Reynolds said while the pair have never taken the field together, they've done plenty of reps at training.

"We get along pretty easy me and Dargs, we get around on the field very similar, we've got a similar style of play. His game complements mine and I'm sure nothing will bother us too much on the field," Reynolds added.

Prop Tom Burgess was also excited for Dargan to get his shot.

"He's a great lad, always got a smile on his face, he's [a] tough character," Burgess said.

"I'm expecting him to take it to the line. He just has to bring his best, that's all he can do. We'll try and lay a platform for him there.

"He's got a great turn of speed, good with the hands, great ball skills too which is what you want from a halfback or five-eighth. I can't wait to see him play, in these sort of things something always comes out of it.

"I got my debut when George got suspended back in 2013. Things come out of it and you have to make the most of it and I'm sure Dargs will."

Burgess also backed former Rooster Latrell Mitchell to perform against his old club after plenty of scrutiny on his fullback switch over the opening two rounds.

"Everyone knows how talented he is as a player but he's looking really good, happy, I'm looking forward to him going up against his old club. It will be mouth-watering. He looks fit, he's running fast out there."

There was no question of Mitchell being able to respond well to adversity, Burgess added.

"He's responded well from the get-go when he first came here, he's been great, we've really bonded, he's really a part of our team now," he said.

"It probably wasn't great for him to have that stop, he just wanted to keep going and keep his momentum going." 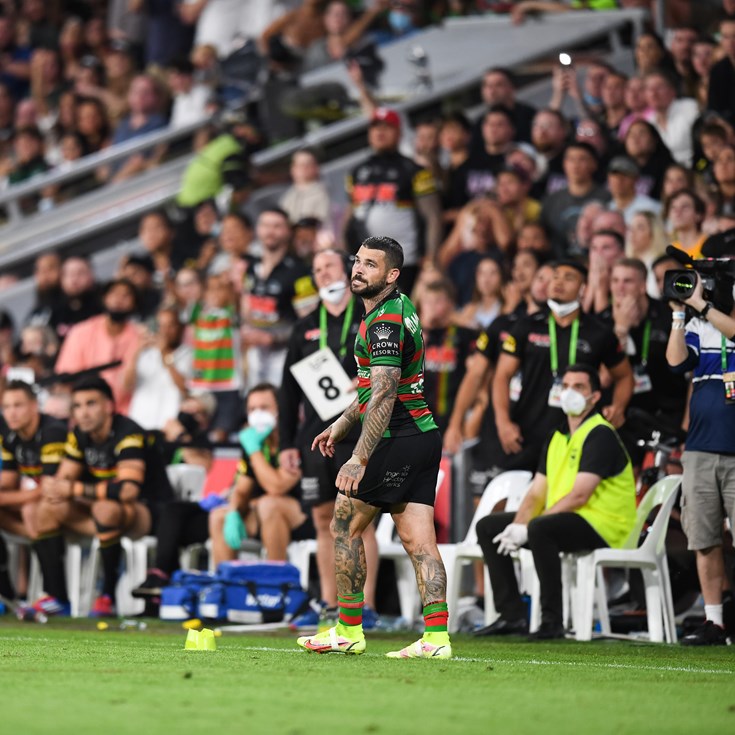