Cronulla coach John Morris is yet to speak to Bronson Xerri after the star centre went to ground on Tuesday after being told he was facing a potential four-year doping ban.

News of Xerri's positive result for multiple anabolic steroids in an ASADA drug test rocked the Sharks and NRL on Tuesday, with the 19-year-old provisionally suspended pending the analysis of a B-sample.

Morris said he and Xerri's teammates have yet to hear from the youngster after reaching out throughout the week.

Tuesday's revelations of an ASADA breach has left Morris "still quite sick in the stomach" given he has coached Xerri and several Sharks juniors through their teens.

"I haven't spoken to Bronson myself," Morris said ahead of Saturday's clash with Wests Tigers.

"As you can imagine it's a fairly traumatic time for him so there's still so much information to come to hand and an investigation at play.

"I've reached out, I just think he's needed some space to get his head around it.

"I've made contact with him, the club's certainly in touch with him. But I don't think he's spoken to anyone. I think he's just taken the time to get his head around the situation he's in and we can appreciate that.

"Anything like this is a shock for any player, but to come with a kid like Bronson - and he is a kid still he's 19, he's been at our club all throughout junior elite pathway systems.

"He was here as a 14 and 15-year-old. You see them like family, they probably spend as much time here at Shark Park as they do with their family at times, you certainly have that bond with them.

"It is really hurtful to know that he's in this situation."

Xerri had his phone seized by ASADA officials when he was informed of his breach before it was then returned to him, with the doping authority expected to investigate texts and emails to work out how Xerri's alleged positive test came about.

Xerri is a local junior who only made his NRL debut last year.

Speaking broadly based on his experience as a junior-level coach, Morris said young rugby league players receive "the same sort of education as NRL players" on the risks and consequences involved with supplements.

"I certainly have never had any suspicions of any of our junior players," Morris said.

He's just taken the time to get his head around the situation he's in.

"I'm not making any allegations against Bronson but there was another positive test recently in the Jarrod Mullen case and you just don't think it'll happen.

"We certainly do everything we can within our club to provide all the education to the players.

"We've got our own supplements policy. The education that players get is second-to-none." 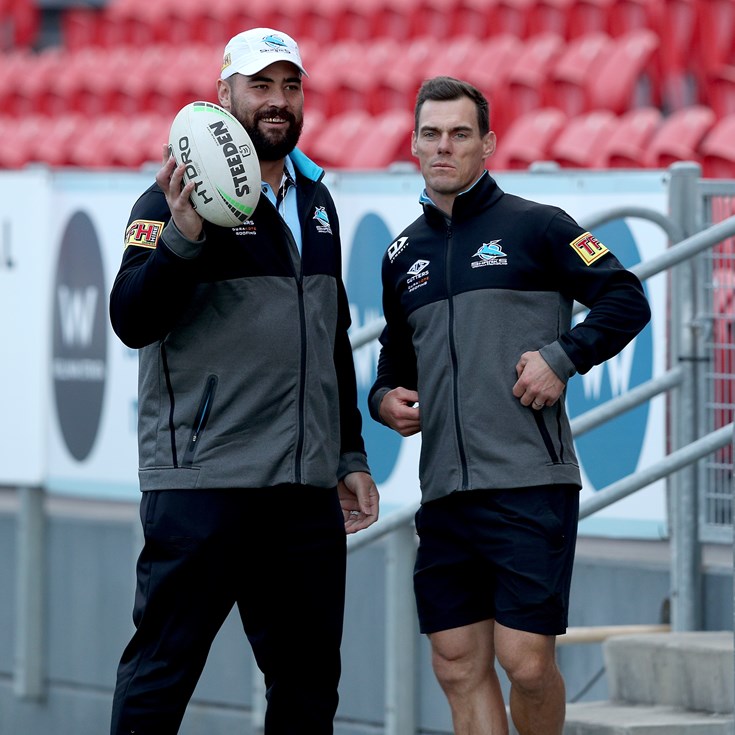 Counsellor Dugan in it for the long haul

Change of mindset does the trick for Xerri

Fifita racing the clock to play Panthers after hamstring injury