Brisbane hooker Jake Turpin believes he and rookie dummy half Cory Paix would thrive under the new six-again rule if used in tandem by Broncos coach Anthony Seibold.

With Turpin forced to make 64 tackles in the middle of the ruck during Thursday night’s 34-6 loss to Parramatta, Paix is being considered for a bench spot in revamped Brisbane side for this week’s match against Sydney Roosters at Suncorp Stadium.

Seibold is already set to make changes after Broncos captain Alex Glenn underwent surgery on Friday for a deep laceration to his lower leg and centre Kotoni Staggs accepted a one-match for a high tackle on Eels five-eighth Dylan Brown.

Young prop Ethan Bullemor is tipped to replace Glenn in the starting side, while Jesse Arthars is expected to shift from wing to centre to cover for Staggs, with teenager Tesi Niu and Paix being considered for their NRL debuts.

"I have spent a lot of time with Paixy, we are good mates off the field as well, and he is chomping at the bit so that might be something Seibs can look at," Turpin said on Sunday.

"Paixy is a Damien Cook-type hooker, who gets out of dummy-half pretty quick so he could definitely come off the bench and help our forward pack out as well.

"He is an exciting player. He is a bit quicker than me so he will get out of dummy-half and this six-again rule will really suit him."

Turpin said he was up for playing 80 minutes at hooker but admitted it would take several matches to regain his match fitness after a nine-week break from playing due to the COVID-19 pandemic.

Seibold has his say on rule changes

The toll of making 67 tackles against the Eels limited Turpin’s impact in attack but he believes the new rule will suit him too if Brisbane can get an even share of possession.

"I like jumping out at hooker as much as I can and with our forwards that get a good roll on that is going to suit us as well but on the weekend that wasn’t the case and we have to be better there and not hand the ball over as much as we did," he said.

"The pace of the game was definitely quick but we knew that going into it. It is my job to make those tackles, I am in the middle now and that is what I have to do.

"We didn’t have the ball on the weekend so we didn’t have much attacking chances but as soon as we flip that around and we have 60 or 70 per cent of the ball it will come into our play too."

Broncos prop Matt Lodge said he would also be better for his first outing of the season against the Eels, in which he played 25 minutes off the interchange bench.

"I am probably a little bit underdone, I came back a little bit early and didn’t get much training in with the team," Lodge said. "I just need to get some time on the field to get back to my best.

"It would have been good to have a couple of weeks of opposed sessions but I am definitely going to be better for having played that 25 minutes. My knee feels good."

Lodge said he was a fan of the new six-again rule but admitted it would take time for middle forwards like himself to adapt to the increased speed of the game.

"I think it is good for the fans and the game to get rid of some of that wrestling stuff and bash and barge kind of stuff, and play a bit of footy," he said.

"It opens it up for the stars." 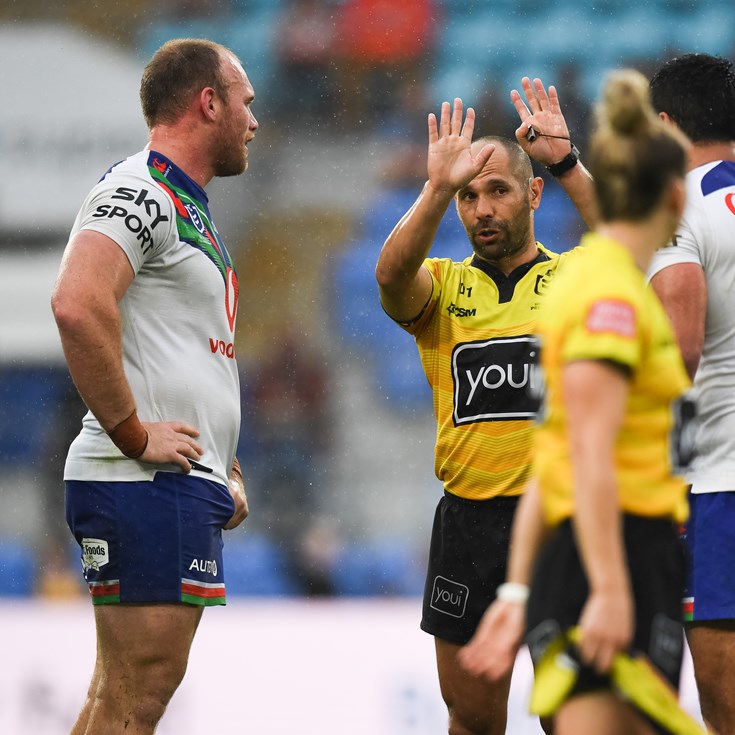