You know the footy's well and truly back when questions start being raised about which coach will be next to get the chop in the cut-throat occupation.

A few teams are struggling and fans are getting restless about changing their coach to try to turn their team's fortunes around.

But if a club does move a coach on, who's the best option among the many prospective candidates on the market. The NRL.com experts have their say.

Craig Fitzgibbon has been in the most successful system of recent years at the Roosters and much like Adam O'Brien, I believe that those who have come out of well-run programs like that can pass on what they have learned to their new club.

John Cartwright got the Titans to a preliminary final in 2010 as head coach and as an assistant helped the Roosters win the 2002 and the Cowboys the 2015 grand finals.

Redevelopment of suburban grounds back on the agenda

His strength is defence, which was the root cause of both those premiership wins, and he’s doing the same at Manly alongside Des Hasler. Cartwright is a Test and NSW Origin player and two-time Dally M second-rower of the year winner. He knows what he's talking about.

Craig Fitzgibbon was a hard-working player but also a clever one who built a reputation for being an out and out winner at club, state and Test level. He has pedigree all round - the son of a successful first-grade coach who has served his apprenticeship at the Roosters under one of the best in the business, Trent Robinson.

Every time a head coaching gig becomes available, the inevitable "get the Walker brothers in there" chat grows louder and louder. Ben and Shane's brand of free flowing and fast play has reaped multiple titles and consistent finals appearances with the Ipswich Jets.

Of course, NRL head offices are generally risk averse so the Walker style of football never gets a look in. However with the new rule interpretations, and judging by the speed of the last round, if there was ever a time see if it could work, surely that time is now.

So often when we look for coaches, we look to the past instead of looking forward to the talent being fostered at club level. I would like to see Jason Ryles with a coaching opportunity soon. Since Adam O'Brien's departure from the Melbourne Storm, he has been Craig Bellamy's assistant and has held various other assistant coaching roles. He was a respected player, has been highly regarded in his various roles as an assistant coach and is due an opportunity in first grade.

It'd be great to see Brad Fittler take on a club coaching role at some point given he has been a breath of fresh air at representative level. Whether Freddie’s eccentricities stand up to the weekly NRL grind is the big question mark. His football brain, innovations and rapport with young players would stand him in good stead, so too the lessons learned from that Roosters stint a decade ago and his time with NSW.

Short kick-offs, dominating time in possession, tiring out defences, no wrestling in tackles – if any coaching style fits the brave new era of the NRL's six-again rule it's that of Shane and Ben Walker.

The former Ipswich Jets coaching partnership (Ben stepped away last August) weren't successful in getting the Titans gig last year but are worth a shot for any team struggling to become a finals contender and needing to shake things up quickly.

Anthony Griffin boasts a 55% win record after seven seasons of NRL coaching including plenty of finals footy. Even when he parted ways with Penrith at the business end of 2018, the team was sitting fifth and then made the playoffs. His experience and hard-nosed style could surely benefit a club looking for a coach.

His winning record of 39.2% at Manly might suggest otherwise but Trent Barrett is someone who deserves another chance coaching at the top grade when the time is right. Barrett endured a rollercoaster three-year period at the Sea Eagles that included managing the retirements of Brett Stewart and Jamie Lyon.

No players were left more disappointed with Barrett’s departure than the Trbojevic brothers, who both began to flourish under his leadership before Hasler arrived.

Nathan Brown has had almost two decades of experience coaching in the NRL and Super League. He had a large influence on the Dragons team that won in 2010 under Wayne Bennett, had success with St Helens and rebuilt the Knights before Adam O’Brien took over this year.

There's no doubt a few handy coaches in waiting around the game but if any club needed a hard-nosed coach with a record of making finals they could do a lot worse than Geoff Toovey. Unlucky to be given the tap at Manly, he would still have plenty to offer.

Pressure building on Dragons after 0-3 start

The obvious choice is Rabbitohs assistant coach Jason Demetriou but he already has the head coaching gig at South Sydney confirmed for 2022. Of the other candidates Ben and Shane Walker are ready to take the next step after nine seasons at the Ipswich Jets. The brothers, who come as a package deal, are taking a year off from coaching in the Intrust Super Cup in 2020 but their proven footy nous, innovation and man management would be a hit in the NRL if given a chance.

Jason Ryles is leaving the Storm at the end of the season to take up a role alongside Eddie Jones with the England rugby team but the former Origin and Test front-rower would be well worth a phone call if an NRL club is chasing a new coach. Ryles has been assistant to the best in the business Craig Bellamy since 2016 and will have learned plenty about what it takes to survive and thrive in the cut-throat world of NRL coaching.

Phil Gould. You can just hear Gus saying "no, no, no, no, no" at the slightest suggestion of him returning to the coaching ranks, but he is still one of the sharpest minds in the game. He hasn’t coached for 16 years since he took the NSW Blues to back-to-back Origin series wins but he could adapt to the modern game given his heavy involvement in rugby league. Yes, it’s a million-to-one chance of happening, but wouldn't you love to see it?

Trent Barrett deserves another chance as the head coach of an NRL team. He did a decent job the few years he coached at Manly with the limited resources he had. He’s a footy brain in attack and would be of tremendous value to any team he oversees. The Penrith players are full of respect for his input as an assistant and the Manly players were also singing his praises during his time at Brookvale. 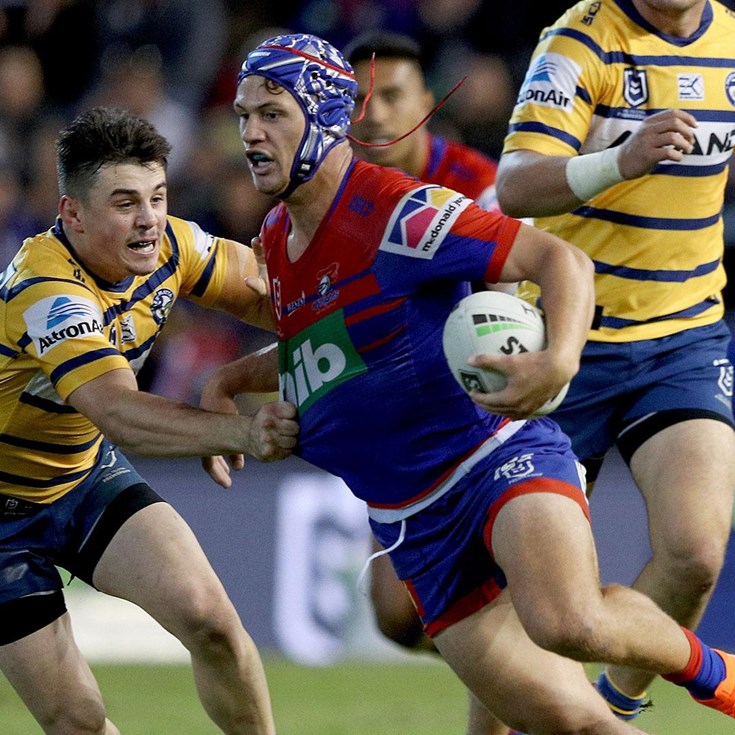 Knights to face their biggest test of the season against Eels

Experts' view: Who should be the Maroons hooker?

What Fifita's decision means for Broncos and Titans

For & Against: Is there enough talent for a 17th team?