The Roosters have looked near unbeatable over the past four weeks and while the Dragons have had a pair of morale-boosting wins the standard goes up significantly this week.

The Roosters have looked every bit the defending premiers since the resumption and last week ended the run of the last unbeaten side in the competition, Parramatta, with an eventually-comfortable 24-10 result in round six.

The Dragons clawed themselves off the foot of the ladder with wins over the Sharks and Titans but will need another significant improvement to challenge Trent Robinson's squad.

Roosters: In a series of changes announced an hour before kickoff, Joseph Manu will start at fullback, Brett Morris in the centres and Sam Verrills at hooker. Jake Friend will start the match from the interchange bench. Lachlan Lam and Nat Butcher were the last two players cut from the squad. James Tedesco and Josh Morris were ruled out on Thursday. The Roosters have won five of their past six matches against the Dragons.

Dragons: Jacob Host was dropped from the squad after injuring a hamstring during the wam-up, with Korbin Sims coming into the 17. Tristan Sailor is the other player left out on game day. Jason Saab replaces the suspended Jordan Pereira on the wing, Blake Lawrie starts at prop, Josh Kerr goes back to the bench, and Jackson Ford replaces the Super League-bound James Graham on the interchange. Tim Lafai and Billy Brittain were the two players left out on the eve of the match. The Dragons have lost both their matches at Bankwest Stadium.

Kyle Flanagan v Adam Clune. Flanagan is easily the younger of the two No.7s while Clune is the less experienced with just three caps to his name. Flanagan had big shoes to fill with Cooper Cronk's retirement but has been heavily involved in his team's attack over the past four rounds.

Clune has been more understated but still important, as his steady hand has allowed Ben Hunt to flourish at dummy-half while skipper Cam McInnes has been just as impressive at lock as at hooker. 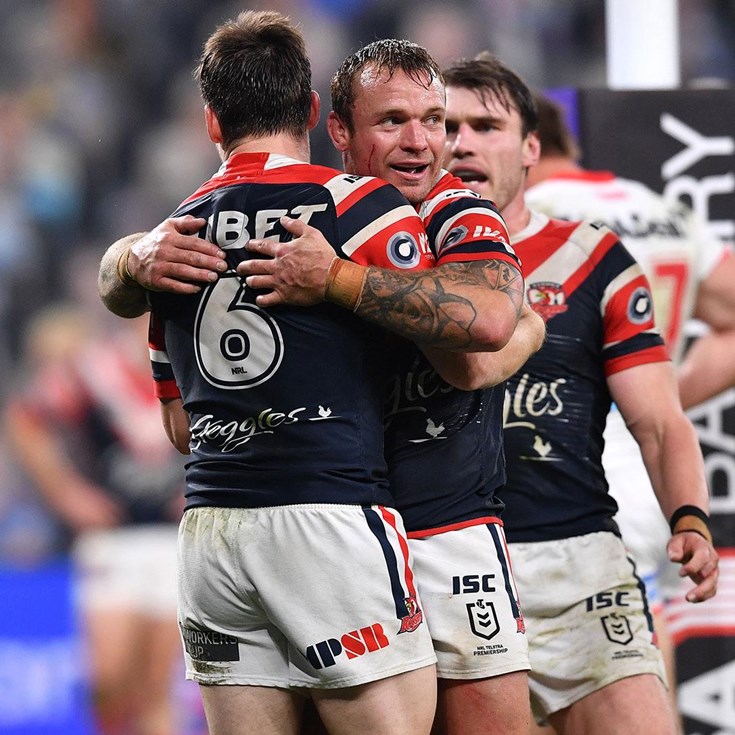 Robinson adamant no formal complaint was made