Chad Townsend insists there's been no secret to Cronulla's resurgence, saying simple things like spine continuity and holding the ball for longer have unlocked their ability.

Townsend, the reigning Sharks Player of the Year, returned to top form in Sunday's 40-22 win over Manly with three try assists.

That took the premiership-winning halfback's tally to five in the past two rounds - he didn't have any before that. Playmaking partner Shaun Johnson (10) leads the league.

Sharks coach John Morris said last week that Townsend's impact can't be measured in assists alone and that his organisation and leadership are among his best assets.

"The try assists are obviously nice but it's linking up with other members of the spine like Shaun and Moyza, who I thought were excellent, [that was most pleasing]. Chuck in Blayke Brailey."

The victory over the Sea Eagles was remarkably just the sixth time Townsend, Johnson, Moylan and captain Wade Graham had all played together over the past 18 months.

"We've been working really hard on this combination [as a spine] at training and to have our spine on the field in back-to-back games and to produce back-to-back wins is good for us," Townsend said.

He's so skilful - he's got a kick, pass, dummy, grubber

"We know we have work to do but we want to put in the work at training and hopefully we can turn it into more wins."

Townsend said the minimisation of critical errors can also be attributed to 11th-placed Cronulla's recent success.

The Sharks, who produced the most mistakes last year, have failed to complete their sets at more than 80 percent in all but one match in 2020 - round six's win over the Bulldogs (85 percent).

They achieved a mark of 74 percent on Sunday but their big men were still able to dominate through the middle.

"Now we're getting to kicks more, playing behind guys that are going forward, and we've just been speaking together about just playing confident and playing together," he said.

Hooker Blayke Brailey was fantastic against the Sea Eagles as he constantly jumped out from dummy-half and got Cronulla rolling.

"We just tell him to run, especially off a quick play-the-ball. He's so skilful - he's got a kick, pass, dummy, grubber," Townsend said.

"But when he sees space - the most dangerous hookers in our comp are guys that are running.

"Look at Damien Cook and what he does from dummy-half. I know Blayke puts a lot of work into his game and I'm just happy for him he's getting some results."

Townsend was also effusive in his praise for "powerful" prop Andrew Fifita, who managed 149 metres in 31 minutes off the bench, and he highlighted the unsung efforts of centre Josh Dugan.

"Especially over the last two weeks, [Dugan's] defence has been awesome. He's really come on and been aggressive," Townsend said.

"That try he scored [from a Townsend grubber] was just pure [desire] - he just wanted it. We just need more of it." 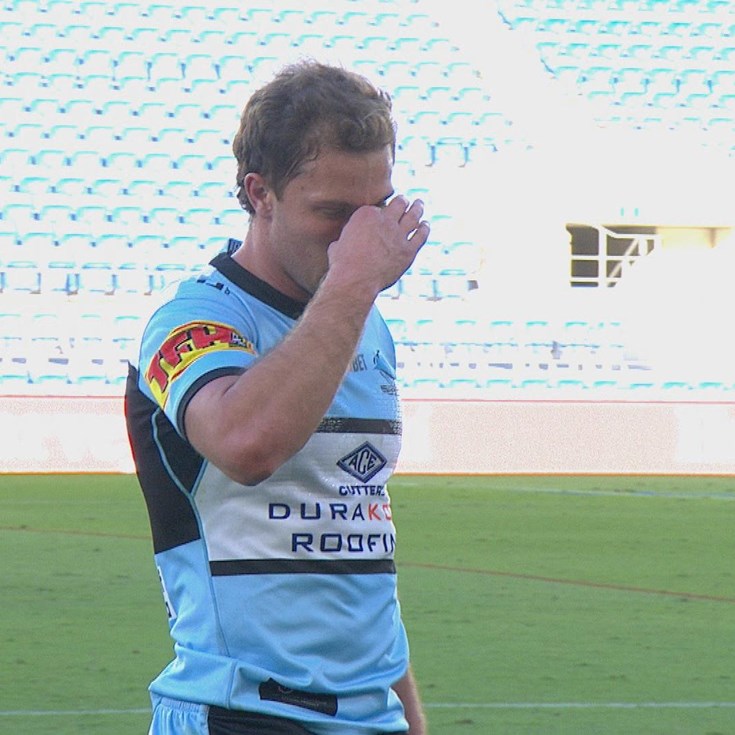