NRL Head of Football Graham Annesley expects the latest tweak to the six-again rule to be its last, with marker infringements included to avoid issuing a penalty crackdown that could play into coaches' hands.

The Australian Rugby League Commission caught some stakeholders off-guard with its announcement on Tuesday that referees will re-start tackle counts – rather than blowing a penalty – if markers are not square or break early at the play the ball.

ARLC chairman Pete V'landys said the change was brought about by defenders using markers to undermine the six-again rule and its bid to free up the game.

Annesley allayed fears of further mid-season rule changes being made, though every aspect of on-field operations will come up for review at the end of the season.

McInnes predicts new six-again variation will be harder to police

The NRL football department and referees coach Bernard Sutton moved to include marker offences under the six-again rule to avoid an influx of penalties, which would defeat its original purpose.

"It was based on our observations over the weeks since we've resumed the competition," Annesley told NRL.com.

"We felt that each week we were seeing players take more liberties around the ruck.

"While the referees could penalise them for that, it's a greater disincentive if players know that play doesn't stop and they conceded six more tackles.

"It's a way of enforcing the rules without stopping the game.

"I don't expect that we'll be constantly tweaking the rules throughout the course of a season.

"This is a new rule and no-one really knew what impact it would have. There was an element of calculated risk.

"And I would expect that this is the only tweak we'll be making, but we'll wait and see how it pans out.

"It's a very superficial change made, if players conform with the already existing rules around marker defence then it doesn't even affect them."

Reaction to the six-again rule's shift has been mixed across the game.

Raiders coach Ricky Stuart lauded the move on Tuesday "because we were getting markers come back 5-7 metres and basically being in an offside position and helping the middle of the ruck."

But Dragons captain Cameron McInnes raised concerns over the subjectivity of ruling six-again on "touch and go" marker infringements.

North Queensland's Paul Green also warned that the tweaked six-again rule could provide attacking sides with too much of an advantage, and told Wide World of Sports radio that officials were growing "trigger happy" with their rulings on ruck infringements.

"I think the bar for that ruck infringement is getting lower and lower," Green said.

"They're really looking for them now and I think they do have a massive impact. Remember when the seven-tackle rule came in, that had a huge impact.

"[Referees] are a little bit trigger-happy with it at the moment and because the game flows on too, you don't get the chance to stop and at least ask what we're doing wrong.

"The problem is, you move on so you don't get to actually talk about what you did wrong and try and fix it." 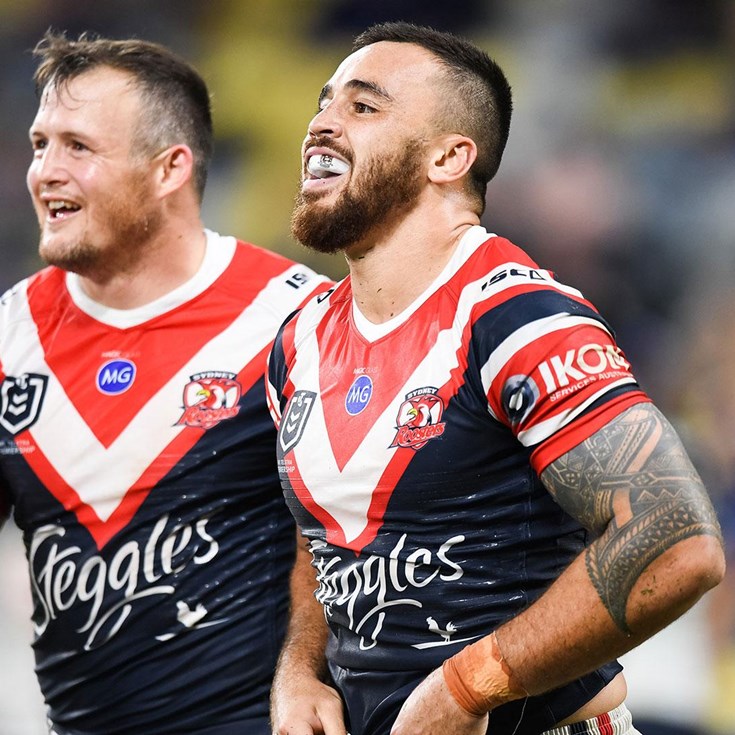