The 26-year-old winger enjoyed a night to remember in Thursday's 42-16 win over the Cowboys in Townsville as he became the first Rooster to bag a quintet since Brian Allsop in 1955.

That was despite the part-time university student not having played any football since the round two defeat to Manly with the Canterbury Cup reserve grade competition cancelled.

He was set to watch from the stands again until in-form veteran Morris hurt his groin in the warm-up.

"[Matt] deserves real credit for preparation - that was a night for how you should prepare yourself in the shadows and then get the rewards under the spotlight when the time comes," Robinson said post-match.

Robinson recalled the perseverance of Ikuvalu, who has now scored nine tries in 16 NRL games since 2018.

"A guy like that has been with us for a while and worked his way through [former feeder team] Wyong, a Central Coast kid," he said.

It was an aerial battle at training with established winger Daniel Tupou that convinced Robinson to sign Ikuvalu.

"We were actually kicking across to Daniel Tupou and Toops catches those balls in training and scores on the reserve wingers," he said.

"And Matty just kept plucking them. He didn't have a contract with us and we went, 'Hang on, this guy's pretty good'. We signed him and then he's just developed through. He's a Rooster.

"It's a real credit to him to score fives tries ...  He's a really humble, shy kid, but also confident in his own ability."

Robinson said Morris had aggravated a twinge he suffered at training on Wednesday. The 33-year-old felt good on game-day morning.

"I think it's one of those ones where it's not major but when you get to your last five percent [of effort], you can feel it," Robinson said.

As well as lauding usual suspects James Tedesco and Luke Keary, the coach praised playmaker Lachlan Lam after he spent 57 minutes in the unfamiliar hooker role when Jake Friend failed a HIA.

The Roosters are light on dummy-halves at the moment with second and third-string options Sam Verrills and Victor Radley out for the season due to knee injuries.

Robinson said Freddy Lussick, the younger brother of former NRL player Darcy, would get his shot if Friend can't play against the Raiders in next week's grand final rematch. 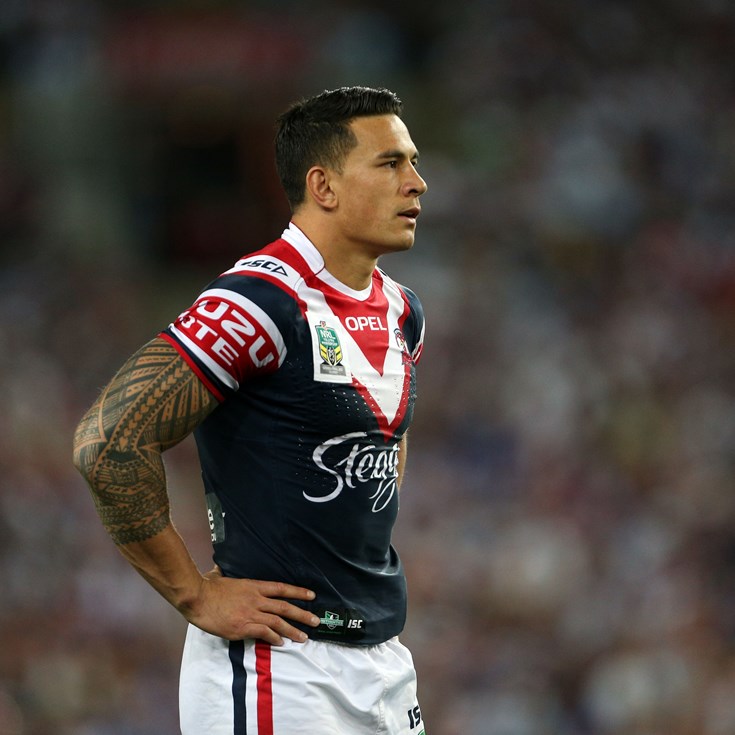